Discover the quirky side of South Australia’s marine life

Curi­ous about SA’s marine life? Check out these wacky facts about the inner work­ings of some of our local species.

An often unseen world lies beneath the waves, and it’s here that some amaz­ing and unex­pect­ed things hap­pen. Intrigued? Check out these weird and whacky facts about some of South Australia’s marine life:

We don’t blame you if you’ve nev­er thought about whale vom­it before, but you might find this whale of a tale quite interesting.

Whale vom­it, or amber­gris, is a sol­id waxy sub­stance pro­duced by the bile duct in the intes­tine of a sperm whale, and takes years to form.

So next time you stum­ble across a rock on the beach make sure you look care­ful­ly, as you might have actu­al­ly stum­bled across some whale vomit.

Believe it or not, amber­gris is a hot com­mod­i­ty in the per­fume indus­try. It is used as a fix­ing agent in per­fume, which allows scents to last much longer. 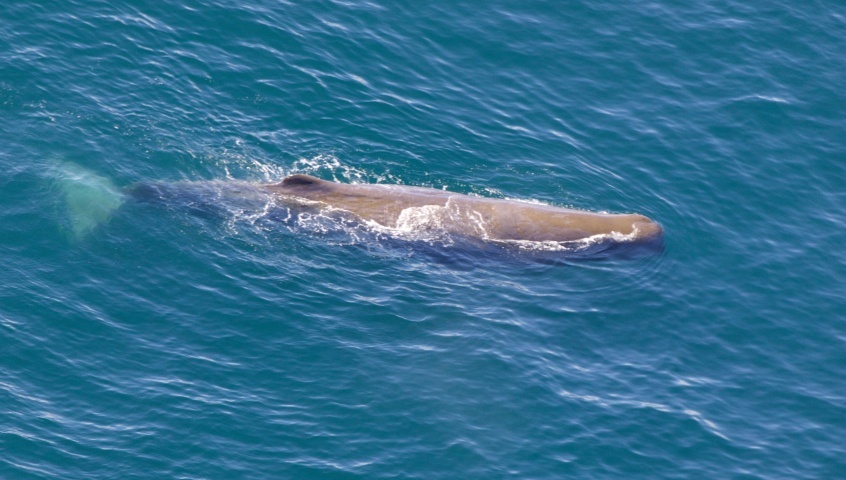 With their beau­ti­ful leaf-like appendages, leafy sea drag­ons are SA’s marine emblem. But did you know it’s the male sea drag­on that car­ries and cares for the eggs?

Female leafy sea drag­ons deposit their eggs onto the male’s tail, and the eggs then attach to a brood patch – a hotspot for incu­bat­ing eggs.

After 9 weeks the eggs begin to hatch and the male pumps his tail to help the young emerge. 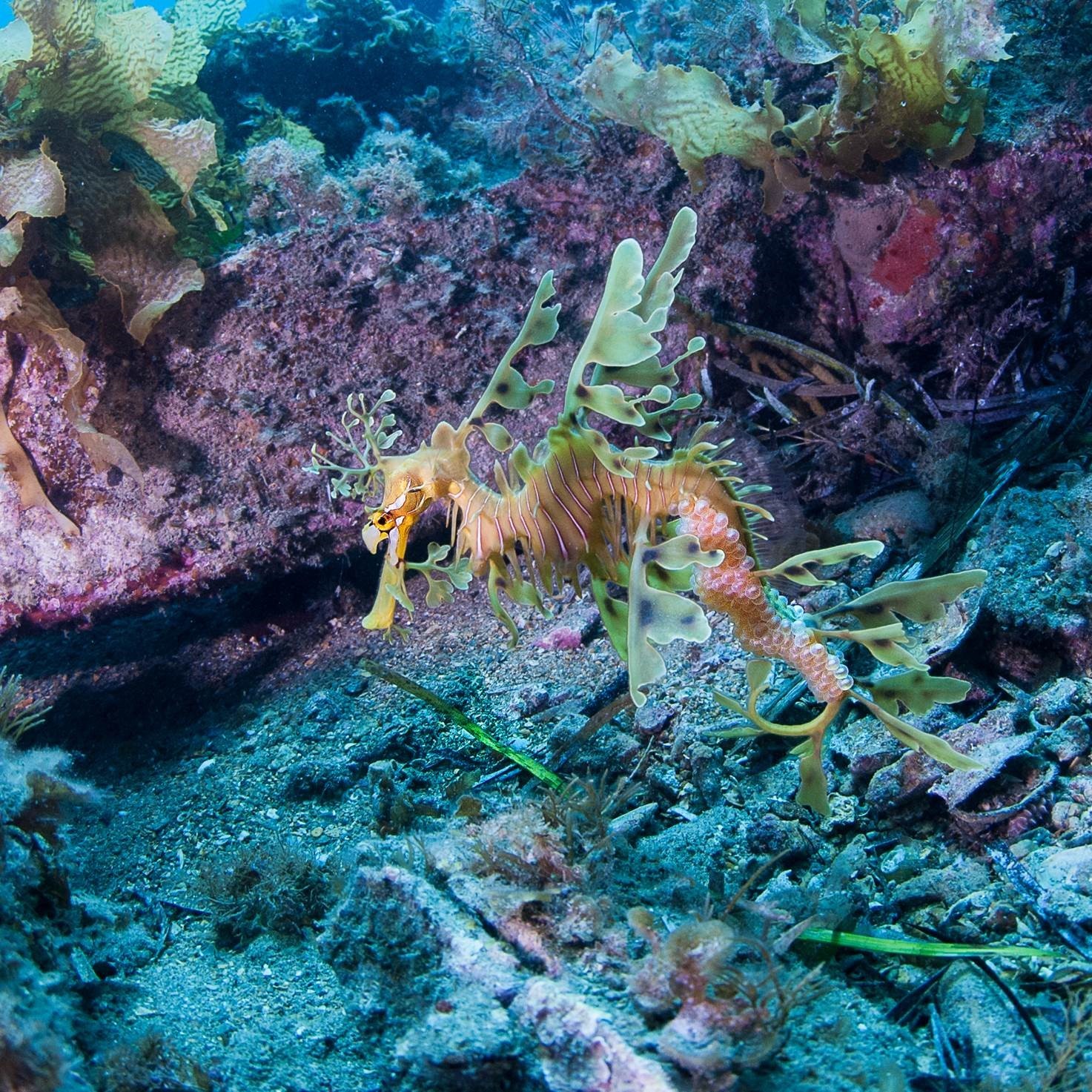 Sea star’s have a feed­ing method unlike any oth­er. To eat, the echin­o­derm ejects its stom­ach from its own body, plac­ing it over the digestible parts of its prey. 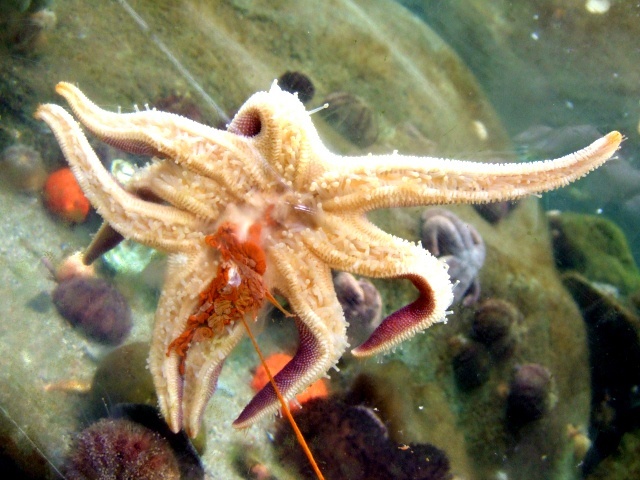 While dol­phins live in the ocean they are actu­al­ly mam­mals not fish – the female dol­phin pro­duces milk from her mam­ma­ry glands to feed her calf.

The nip­ple is released, and the moth­er feeds milk to the calf that rolls its tongue into a u‑shaped tube.

You might be won­der­ing ​‘how do the calves get at this milk since they don’t have lips?’ Good ques­tion. The calf rolls its tongue into a straw-like shape which keeps the milk in and salt water out.

The milk can be as thick as a milk­shake, which helps the calves drink it with­out it mix­ing with sea water.

Head out in a kayak at the Ade­laide Dol­phin Sanc­tu­ary and you might be lucky enough to spot a feed­ing dol­phin calf. But be sure to keep your dis­tance and not harass the mammals. 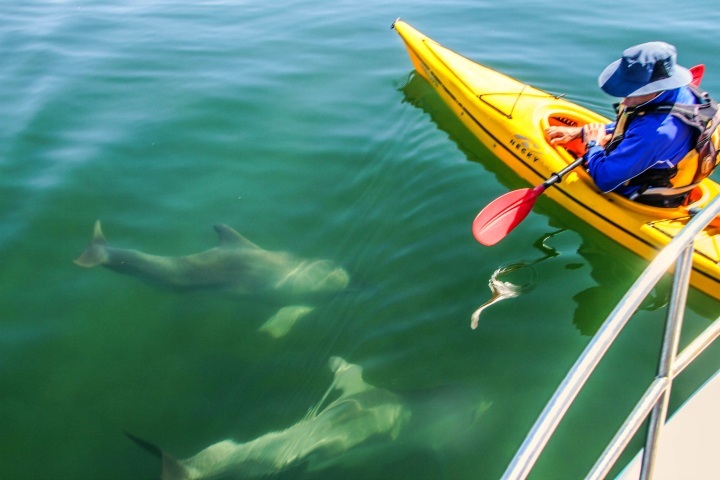 Did you know that the major­i­ty of neu­rons in an octo­pus are found in its arm?

That means it can inde­pen­dent­ly taste, touch and con­trol basic motions with­out input from its brain.

Because of this, octo­pus­es are often described as hav­ing 9 brains, one in each arm and one in it’s head. Appar­ent­ly they are as smart as a domes­tic cat or dog. Cool, huh!

Not only are they the braini­acs of the sea but they also have 3 hearts and blue-coloured blood.

If you are lucky enough to spot one of these inter­est­ing crea­tures be care­ful, as some octo­pus­es can be extreme­ly poisonous. 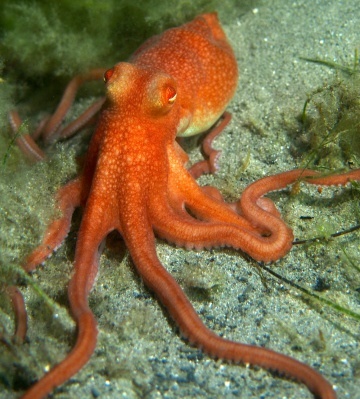 Just like parks on land, marine park sanc­tu­ary zones are set aside for con­ser­va­tion – essen­tial­ly they are the nation­al parks of the sea.