Goblins, devils and dragons – SA sure has some unique-looking fish. Find out where to spot these cryptic ones.

Have you ever read a fantasy novel that was set in a land that you just wanted to get submerged in and experience for yourself?

Well cast the novel aside and put on your snorkelling or dive gear, as South Australia’s waters are an underwater fantasy land you can literally submerge yourself in.

Some of the fantastical creatures you can find are known as ‘cryptic fish’, which are defined as species closely associated with seaweeds or the seabed.

They are well camouflaged or hard to find in their habitat, so see it as a challenge to look for them next time you snorkel or dive in one of SA’s marine parks.

Here are our top 5 ‘cryptic’ fantastical fish species for you to look for right here in SA:

Goblins are magical, sneaky, ugly and malicious creatures that love nothing more than to steal your precious belongings.

While not likely rob you underwater, the goblinfish is a bizarre-looking creature capable of delivering a stinging blow with their venomous spines.

Their odd shape and mottled colour make them an excellent ambush predator that likes to feed at night.

These fish can be seen in rocky reefs and often occur under jetties. 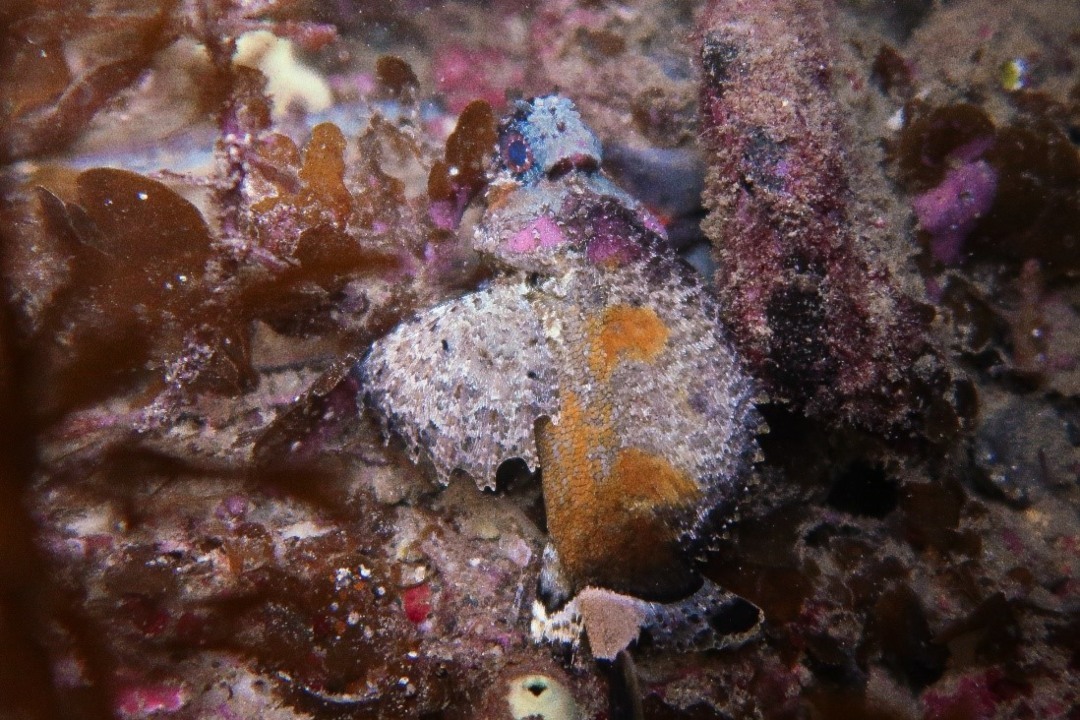 Lurking in the shadows, the blue devil hides among caves and rock crevices.

It doesn’t go far from home and will let plenty of creatures pass by… until it decides it’s feeding time.

Known as an implosion feeder, the blue devil provides a ghoulish demise for its prey by quickly opening its large mouth, causing an inescapable flow of water directly into its mouth, inhaling its prey in the process.

Contrary to this behaviour, the blue devil is actually a curious creature, often interacting with divers in a laid back manner unless it is guarding its eggs. They won’t bite, but if you see eggs attached to the roof of its cave, then it’s best to leave them alone. 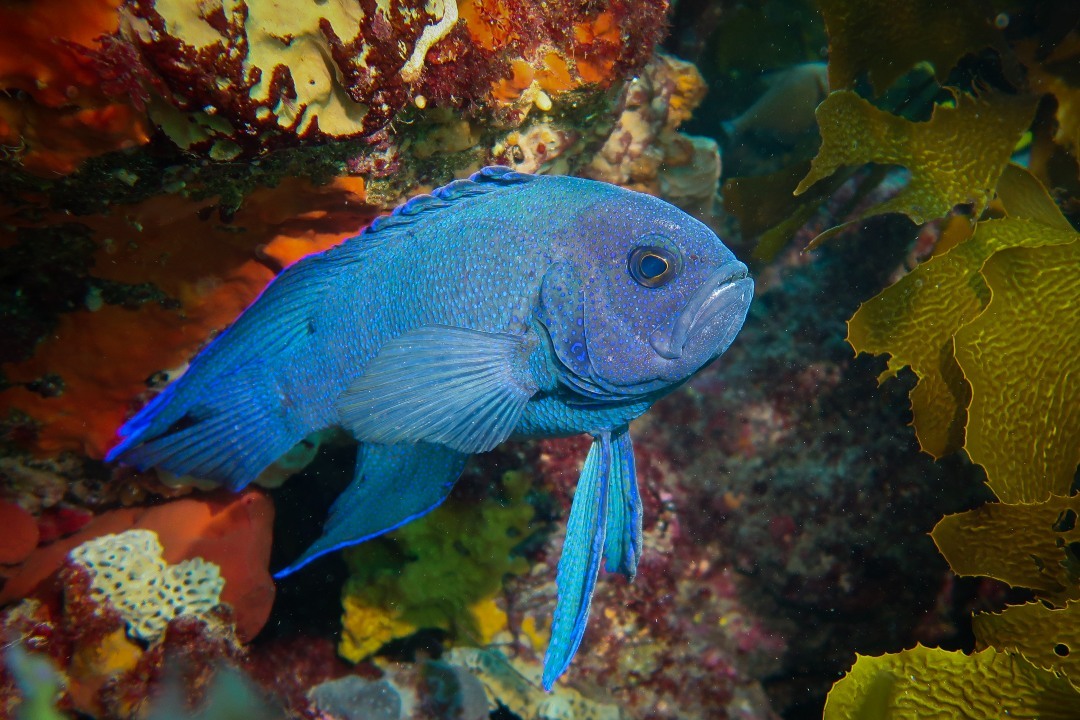 A fantasy story wouldn’t be complete without the appearance of a dragon. Much like the majestic dragons of fairy tales, the leafy seadragon is one of the most striking and iconic cryptic fish found here in SA.

A leafy’s elaborate body shape is perfectly suited for disguising themselves as seaweed to avoid predators. Quietly stealthy and well camouflaged, these creatures are perfectly poised to make a surprise attack.

But there’s no need to fear these dragons – unless you’re a tiny crustacean. Leafy sea dragons suck in small crustaceans, such as mysids, through their long snouts. 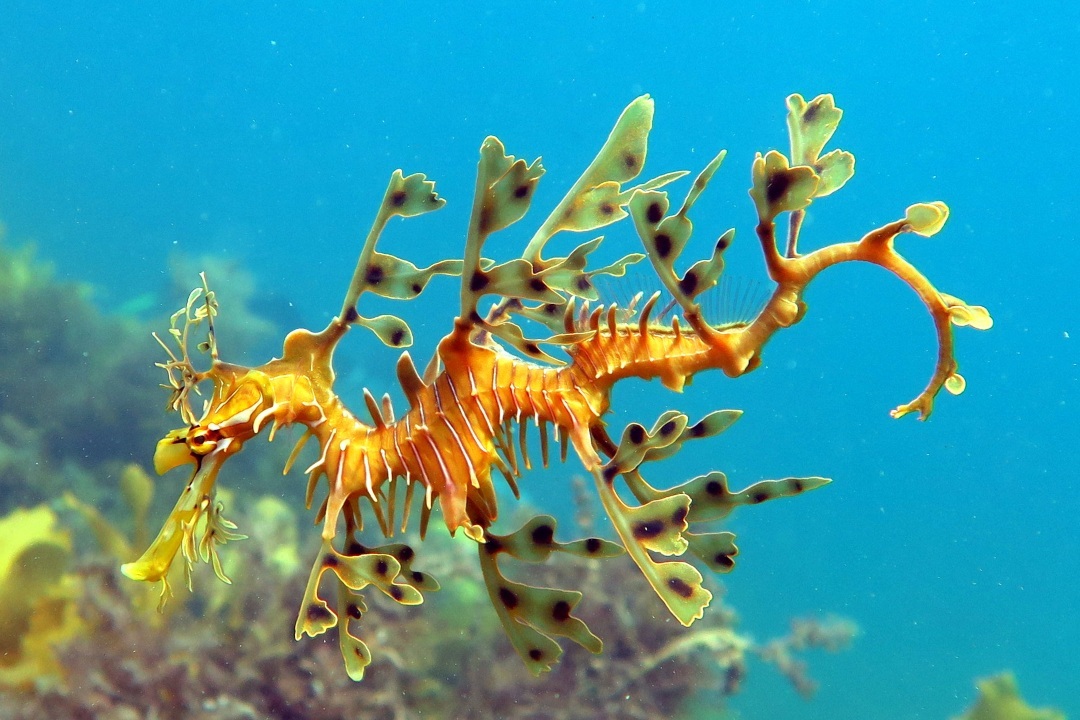 Covered in wart-like bumps, the warty prowfish does not need a kiss from a princess to transform its unusual appearance.

Like a knight shedding its armour, these quirky fish will shed their skin monthly to prevent fouling and growth of unwanted parasites and bacteria on their skin.

This phenomenon is quite rare in fish, making this cryptic species very unusual.

Usually found hidden among the kelp, warty prowfish also have the unique ability to expel a cloud of toxic fluid from their gills to deter predators. 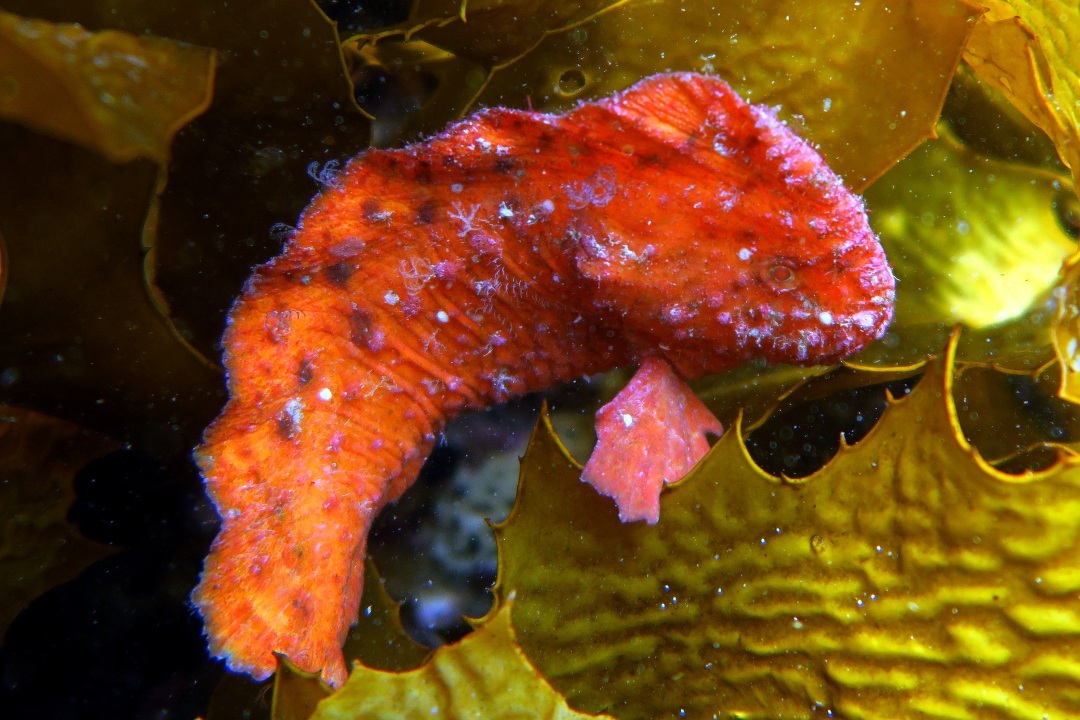 Southern velvetfish are like underwater gargoyles, disguising themselves as an inanimate object.

With velvet-like skin and an array of filaments and ornamental appendages along its lateral line, the velvetfish looks like floating weed.

Its swimming behaviour also mimics floating seaweed as it almost falls from side to side while slowly making its way across the seafloor.

These underwater gargoyles can still pack a punch though and have venomous fin spines to deter predators, so if you see one don’t touch it! 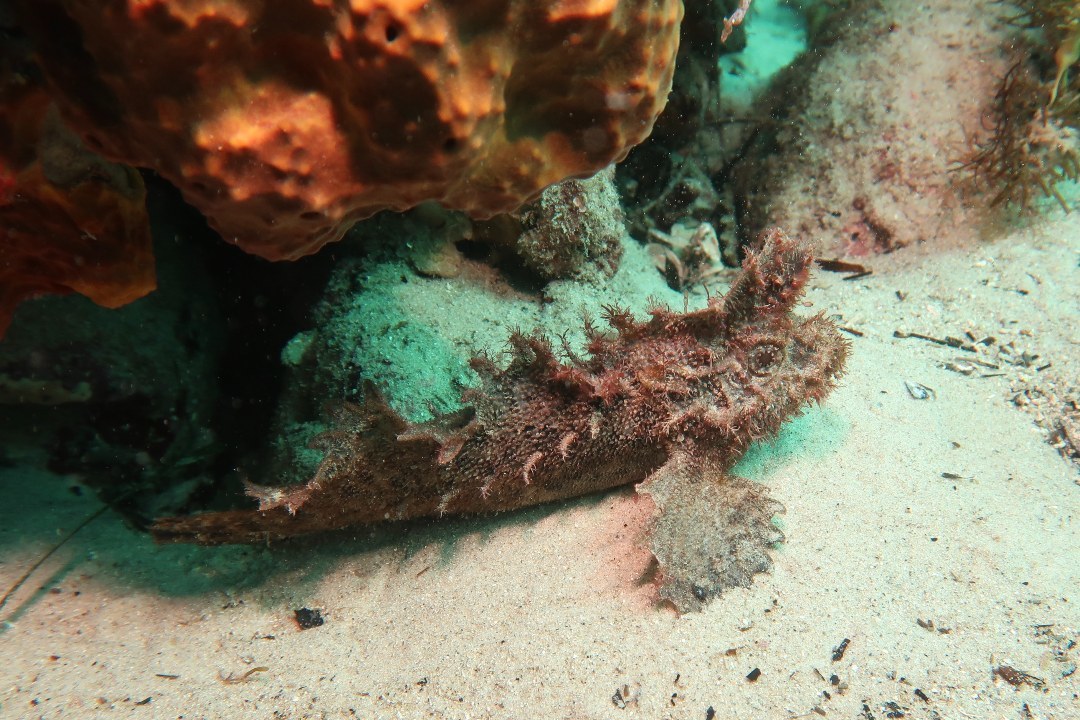 Where to go to spot these species

Encounter Marine Park is a fantastic place to start if you want to see these cryptic wonders. This marine park includes well-known locations such as Rapid Bay, Second Valley and Lasseters Reef, which are all about 1.5 hours from Adelaide.

Leafy seadragons can also be seen around the Bluff at Victor Harbour, which is also part of Encounter Marine Park, off of Edithburgh jetty in the Lower Yorke Peninsula Marine Park and Tumby Bay Jetty in the Sir Joseph Banks Marine Park on the Eyre Peninsula.

Just remember, as with all wild animal interactions, make sure you adhere to the ‘look but don’t touch’ policy.

There are so many amazing things to see in SA’s underwater world. So even if you don’t spot these five fish, a snorkelling or diving trip will bring you up close and personal with plenty of others.

Grab yourself a copy of our snorkelers guide and see what else you can find. There’s a fantasy world in our marine parks waiting for you.

These five cryptic species were all spotted on a recent SA Reef Life Survey conducted within Encounter Marine Park as part of the Green Adelaide Rocky Reef Health Program. You can find more information about the health of these reefs at the website.

With the weather warming up, now’s the time to dive right in at your nearest marine park. Read our stories for some inspiration:How to spend a day in Encounter Marine Park,10 top spots to snorkel in South Australiaand5 black-and-white fish you can see in South Australian waters.

5 national parks to have a BBQ in Adelaide