If exploring an ancient dune system sounds like a great way to spend an afternoon, then you’re in for a treat with the new Tennyson Dunes Discovery Trail in suburban Adelaide.

Located at Tennyson, just opposite West Lakes, the 1-kilometre trail weaves its way through 22 hectares of historic dunes, which are home to some of South Australia’s most rugged flora and fauna.

Go at your own pace using your smartphone as a guide, and make sure to take notice of these five star attractions:

Take the time to marvel at the dunes themselves. They’re the last ones remaining from the three-tiered system (primary, secondary and tertiary dunes) that once stretched more than 30kms along Adelaide’s coast.

These dunes have played an important role in protecting inland areas from storm-caused sea intrusions for thousands of years.

The Tennyson Dunes are a place of great significance to the Kaurna people who spent their summers here feasting on waterbirds, fish and shellfish. 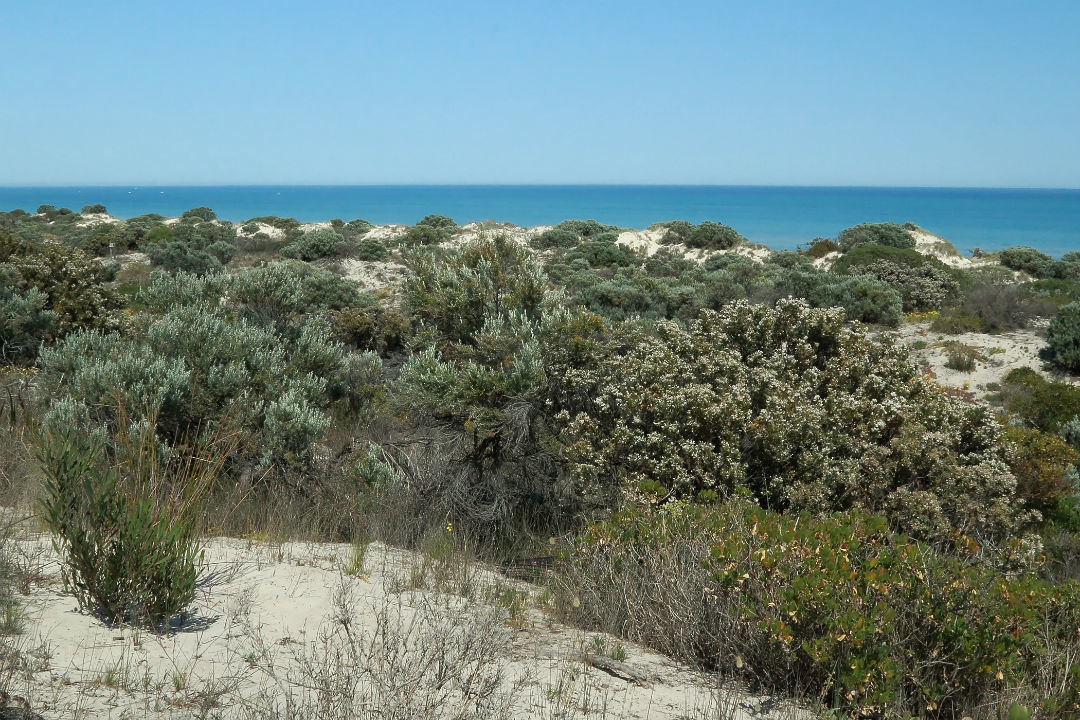 The plants here are coastal specialists that have adapted to thrive under the harsh conditions of this tough and blustery landscape. As you make your way through the dunes, keep an eye out for the subtle differences in vegetation as you get closer to the sea.

Look for the rare and spectacular-looking cushion fanflower, the glossy evergreen foliage and fragrant white flowers of the sea box shrub, and the drooping sheoak tree, whose leaves were traditionally used by Kaurna people as a thirst-quencher.

About 50 bird species can be found at Tennyson Dunes, making this special spot a bird lover’s paradise. Some of the birds are permanent residents, like the musical singing honeyeater, while others fly in from far and wide, clocking up thousands of kilometres to get here to hang out for the summer.

The first sign of a bird nearby is most likely either the sound of rustling in the bushes, a sharp cry overhead, or a melodious whistle from around the bend – so keep an ear out.

See if you can spot the black-shouldered kite or the nankeen kestrel as they hover over the dunes to hunt for their dinner, or the tiny red-capped plovers on the foreshore, darting around the water’s edge. 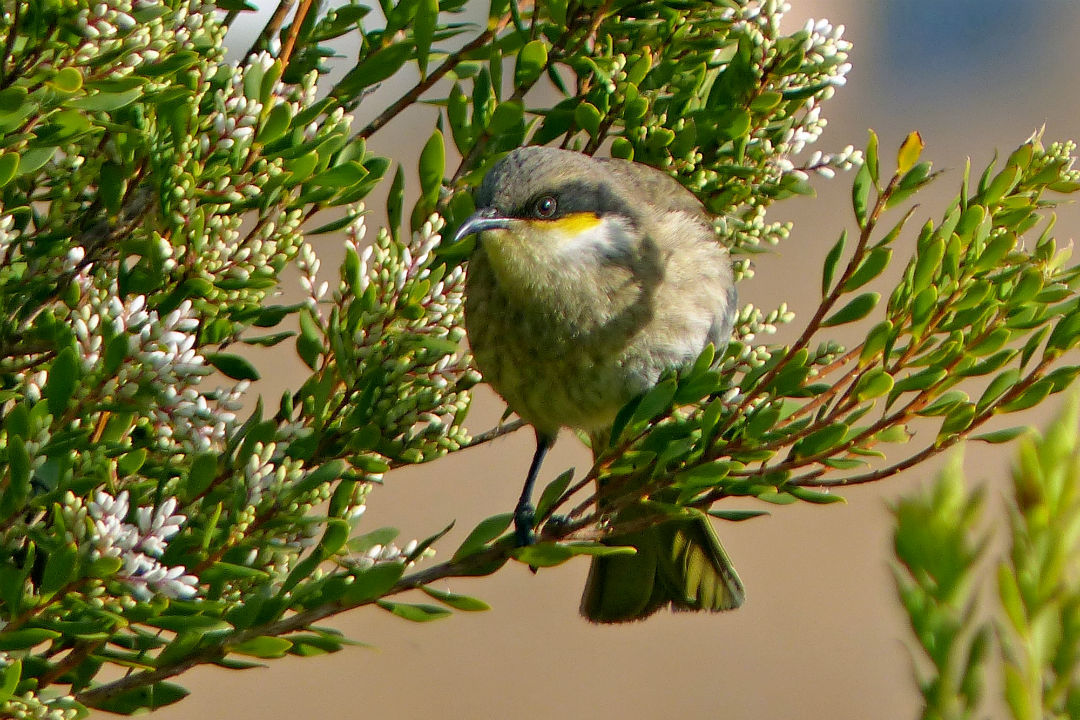 Look and listen closely and you’ll notice invertebrates all around you. There’s the antlions that are busy setting traps for passing ants, the heavy-set, long-fanged spiders and their camouflaged cousins, and the pie-dish beetles darting through the sand.

Unfortunately some of the most vocal of the invertebrates only reveal themselves at night, like the loud and persistent mole cricket. You’ll most likely hear these guys in summer when they’re most active. 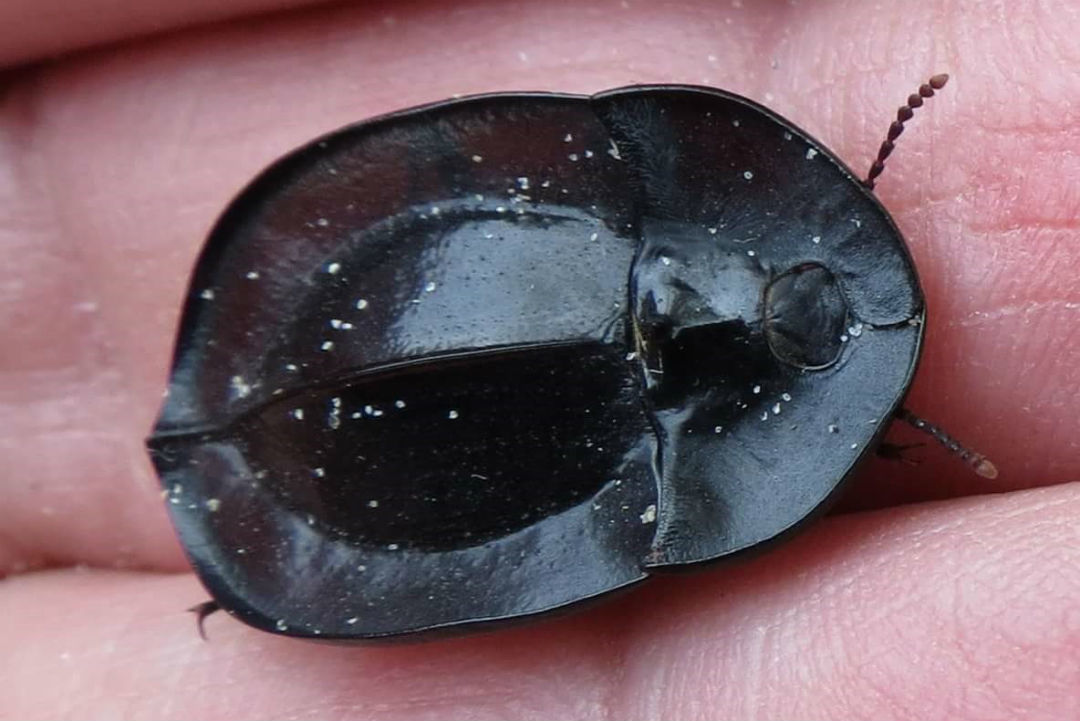 Ten to 15 species of reptiles can be found here at Tennyson Dunes. Many are small and shy, like the iconic painted dragon, while others are quite large, including one that you might prefer not to come across – the eastern brown snake!

You’re most likely to see Tennyson’s reptiles in the warmer months, usually in the morning and afternoon as they warm themselves along the trail, on fence posts and on top of bushes.

The largest lizard you’ll see in the dunes is the eastern bearded dragon. If you get too close it will puff up its characteristic beard in a warning to keep your distance. The eastern brown snake on the other hand is a shy snake that generally keeps out of your way. It has an important job at the dunes – to keep mice and rat populations in check. 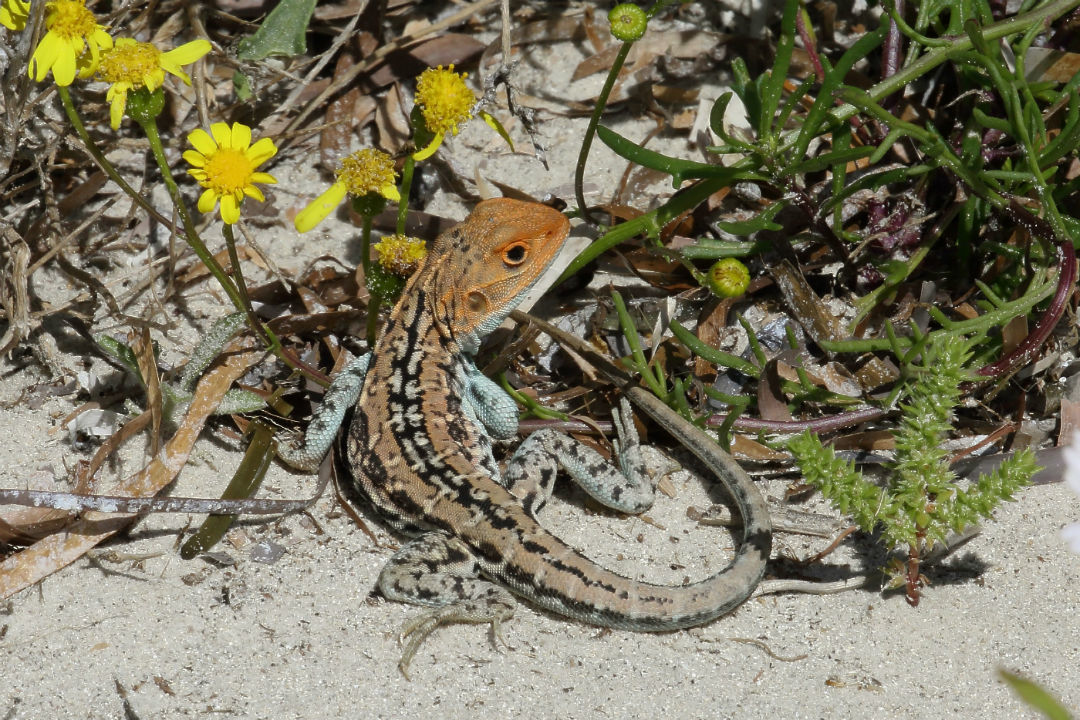 About the smartphone app

Download the Tennyson Dunes Discovery Trail audio app (Android or Apple) to be armed with all the information you need to feel like an expert by the end of your walk.

The app features 16 wildlife and 10 plant audio tours. Just make sure you switch your notifications on so that you’ll get an alert when there’s an attraction to learn about nearby.

This special place and the rare and significant flora and fauna it supports are brought to life on the app by Kaurna Elder Frank Wangutya Wanganeen, renowned environmental leader Professor Chris Daniels and a host of other local experts.