Possums and quolls in Ikara-Flinders Ranges

A five-hour drive from Adelaide’s CBD, north of Port Augusta, is the Ikara-Flinders Ranges National Park.

It has come a long way in recent years.

This semi-arid environment (characterised by very little annual rainfall) was taken up for pastoral production in the mid to late 1800s and the ecosystem degraded largely due to unsustainable grazing pressure, weed infestation and the persistence of foxes, rabbits, feral cats and goats.

Back from the brink

The Bounceback program began in the early 1990s to help restore the natural ecology of the Ikara-Flinders Ranges. This has included the reintroduction of locally extinct species.

The western quoll was originally found across 70 per cent of the Australian mainland. However the last SA specimen was recorded in 1931.

European settlement in Australia led to the extinction of the western quoll population in SA. The majority of the endangered species now resides in the Jarrah forests of Western Australia. 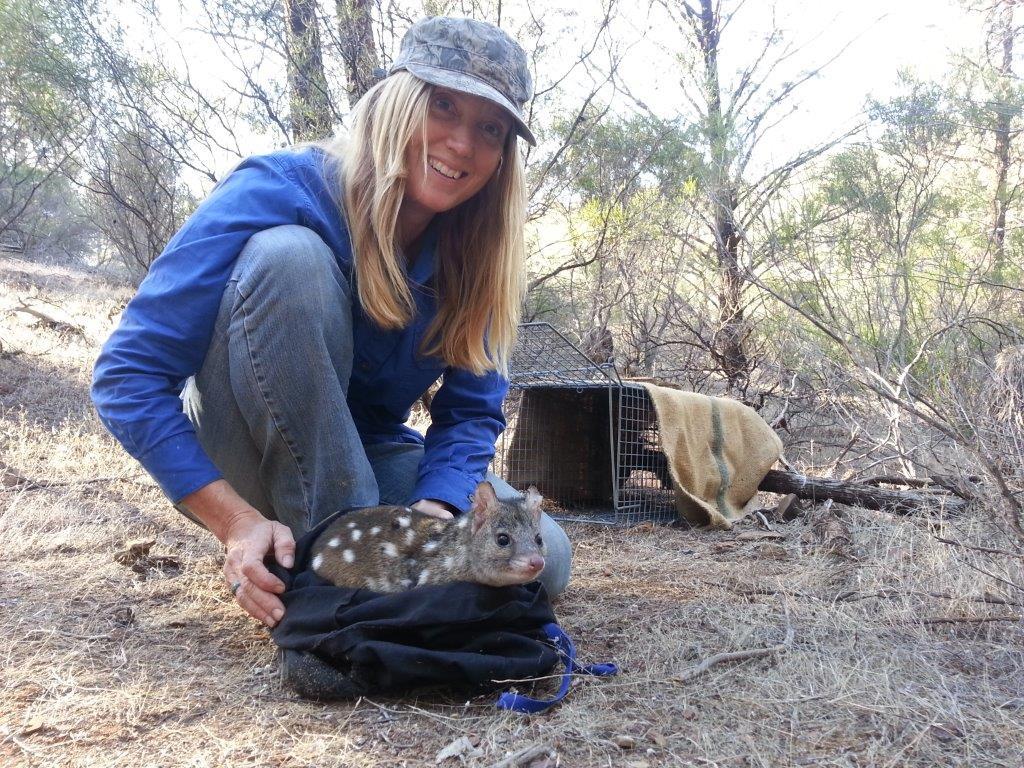 Dr Katherine Moseby from the University of Adelaide, has 20 years’ experience in reintroducing threatened species and is coordinating the reintroduction of the quolls to the Ikara-Flinders Ranges.

Dr Moseby highlighted that this is the first time the species has been reintroduced outside of WA.

‘In this landmark reintroduction, western quolls have been breeding and young are now dispersing through the area,’ she said.

’Despite the ever-present threat of the feral cat, there is now a growing population of western quoll in the Ikara-Flinders Ranges for the first time in more than 130 years.

’They have established their own territories and we hope the quolls may eventually play a role in controlling rabbits in the region.’

Possums in the park

Following the successful release of the western quoll, 79 brushtail possums have also been released into the park in an attempt to halt the decline of possums in arid SA.

Dr Moseby added that with the majority of the Ikara-Flinders Ranges mammal species locally extinct, bringing back two species is a great step toward a better future.

The return of the two species also has important cultural significance to the local Adnyamathanha people.

Dr Moseby will present on the challenges and findings of the trial reintroduction of the western quoll and brushtail possum to the Ikara-Flinders Ranges at the 2016 Natural Resource Management Science Conference being held in Adelaide 13 to 15 April.

Dr Moseby is one of the conference’s 285 speakers presenting on the natural resource management science that underpins environmental decision-making, policy and management in SA.

The 2016 NRM Science Conference will be live streamed. Check the conference program and listen to the presentations online.