Get insider tips on the best places to visit and must-do activities from park ranger Brian Robins.

These sites are listed for their fossil records, which have provided researchers with an insight into the evolutionary history of Australia’s unique fauna.

The park is most famous for the 28 caves that sit within its boundaries, some of which are available for tours.

Want some pointers about what to see and do on your next visit? We’ve asked park ranger Brian Robins for some insider tips. Here’s what he had to say:

The best-kept secret at the Naracoorte Caves is watching the southern bent-wing bat emerge from Bat Cave in the evening during summer.

Thousands of bats fly out of the cave around sunset each evening, with several hundred often flying out within a few minutes of each other. It’s an amazing spectacle!

How many days should visitors spend at the park?

You can complete all the cave tours within a day, or you can spread them out over a few days if you’re staying locally.

There’s also the option to stay in the park, in the Wirreanda Campground.

The campground has powered and unpowered sites that are suitable for tents, camper trailers, caravans, motor homes and camper vans.

There’s also a shared amenity block that provides hot showers and accessible toilets. Visitors can also make use of the free barbecue and the communal campfire pit (outside of fire danger season, of course), and the token-operated laundry.

The Caves Café is also open daily, and provides hand-made food with as many locally sourced ingredients as possible. The coffee is pretty good as well!

What’s involved with the cave tours?

There are several different tours on offer at the Naracoorte Caves. Tours are run every day of the year except for Christmas Day, with extra tour times being added during peak periods.

The Alexandra Cave tour is a 30-minute tour that focuses on the geology of the caves and the process of speleogenesis, or how stalactites, stalagmites and other cave decoration forms in the cave. 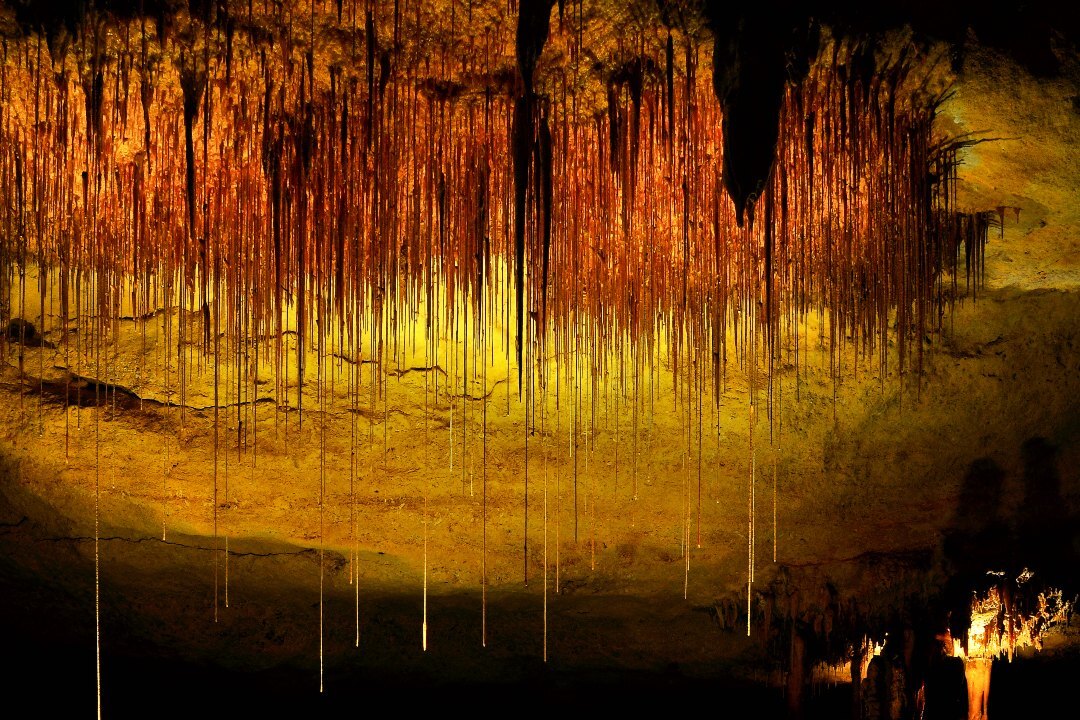 The Victoria Fossil Cave tour is 1 hour long and mainly focuses on the fossils found in the caves and the research that has been conducted on-site.

Stick Tomato Cave and the Wonambi Fossil Centre are the site’s self-guided options, allowing visitors to wander through a cave at their own pace, or take a step back in time and see what several of the extinct megafauna species that have been found in the caves may have looked like.

There are also a few specialised tours on offer, such as adventure caving, photography tours and a World Heritage Tour that focuses more heavily on the palaeontology of the site. 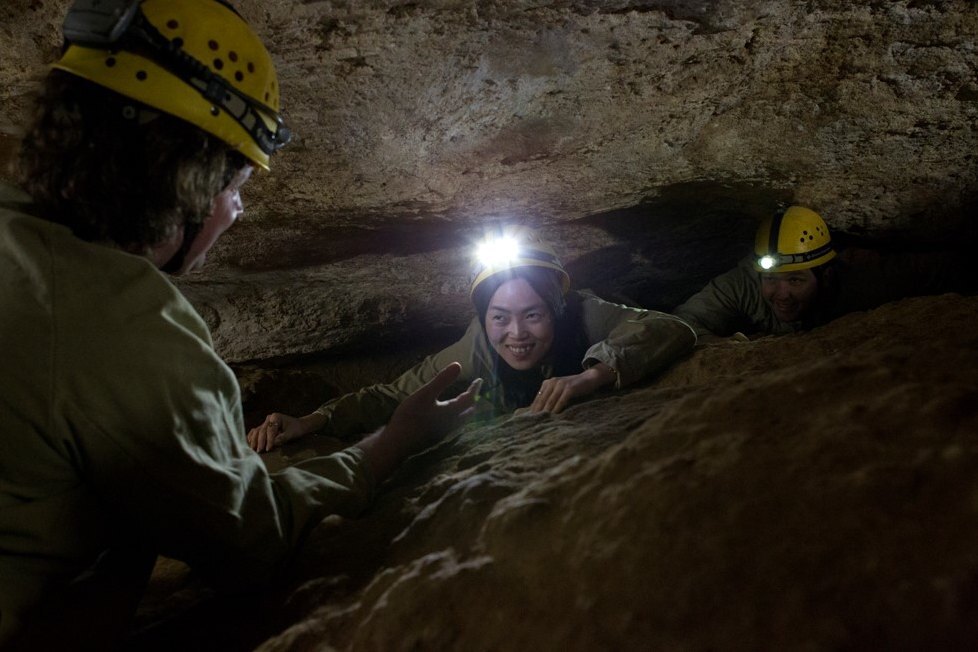 My favourite tour is one I haven’t mentioned yet – the hour-long Blanche Cave and Bat Observation Centre tour.

First, we visit the Bat Observation Centre, where we use infrared cameras to observe the critically endangered southern bent-wing bat in Bat Cave – one of only 3 maternity caves the species is known to use. The cameras provide a live view into the interesting environment the bats call home.

Next, the tour takes you through Blanche Cave, which was the first cave discovered in the park.

Blanche Cave is a very big cave with several openings to the surface allowing natural light in.

Blanche Cave has been used for picnics, performances and fossil research dating back to the mid-1800s, so it has a rich history.

If you want to find out more, you’ll just have to come to the park and come along on the tour!

What is the best time to visit?

The Naracoorte Caves can be visited all year round.

During winter, the caves often feel warm, while in summer they feel cool.

It’s often better to visit in winter when the park is a lot quieter and the tours often run with smaller numbers, making for a more personal experience.

Throughout November, Limestone Coast parks are being celebrated as National Parks and Wildlife Service’s Park of the Month.

There are plenty of activities on offer across the month, including bird watching walks, guided snorkelling tours, trail runs and cultural walks. Check out the website for all the details.

Want to learn about more of South Australia’s heritage sites? Here are7 that you might not know about.