Get insider tips on how to make the most out of your visit from park ranger Jae Ellis.

The park’s interpretative walking trail describes its cultural and geological heritage, including evidence of an Australian ice age some 280 million years ago.

The outstanding glacial pavements along the northern clifftops are recognised as the best record of Permian glaciation in Australia and have international significance.

It’s a small park that packs a lot of punch, all year round.

Want some pointers about things to do on your next visit? We’ve asked park ranger Jae Ellis for some insider tips. Here’s what she had to say:

When is the best time to visit?

Any time is a great time to visit Hallett Cove Conservation Park – there’s always something to see or do no matter what time of the year.

Warm summer days are a fantastic time to explore the park’s underwater world. Snorkelling off the coast is sensational and also gives great respite from the heat on hot Adelaide days.

Cooler autumn weather is perfect for exploring the walking trails that traverse the park.

For spectacular coastal views, check out the 7.2 km (one-way) Coast Park Path that links Hallett Cove Conservation Park and the Marino Esplanade. If you don’t have enough energy to walk back to the start, you can even catch a train back.

During winter, stormy seas and grey skies make great photography opportunities, especially when the waves crash onto the cliffs below. Black Cliff Lookout is a great vantage point to capture your next epic photo.

A visit in spring will reward you with sunny, cool days and a carpet of wildflowers. Keep your eye out for them along the Glacial Hike while you’re admiring the park’s stunning geological features and coastal vistas. 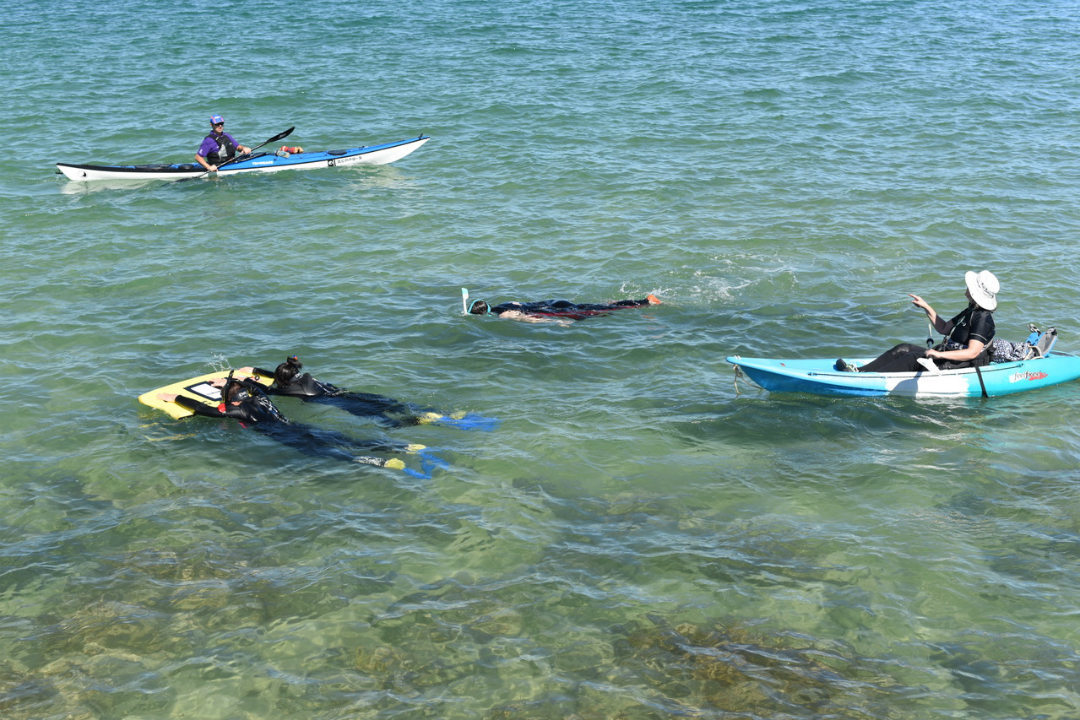 It’s not so much a ‘secret’ but a forgotten gem. The Glacial Pavement at the top of Black Cliff Lookout was formed when a glacier moved over the landscape millions of years ago.

The glacier extended from South Australia to Antarctica, back when the two continents joined together millions of years ago. The scratches you can see on the Glacial Pavement were gouged by rocks on the bottom of the ice.

How was the Sugarloaf geological feature formed?

The Sugarloaf is an iconic geological marvel of the park, with a fascinating story of glaciers and erosion.

You’ll find the Sugarloaf in the area of the park called the Amphitheatre, which was once filled by a glacial lake millions of years ago.

As you stand next to the Sugarloaf, you’ll notice the different colours of the sediment layers that make up the formation:

Base layer – The dark red layer at the base of the Sugarloaf was formed by sediments left behind by the glacial lake.

Middle layer – The middle white layer consists of light-coloured sands that replaced the ice when the glacier melted about 280 million years ago.

Top layer – At the very top of the Sugarloaf, you’ll notice another change in colour that was formed by the top soils carried by creeks and rivers from the surrounding land and Mount Lofty Ranges.

Millions of years of erosion further shaped the landscape creating the features we see today. The cycle of erosion and deposition still continues today as soils are eroded from the land and blown into the sea.

It is very fragile, so please look but don’t touch or climb on the formations. 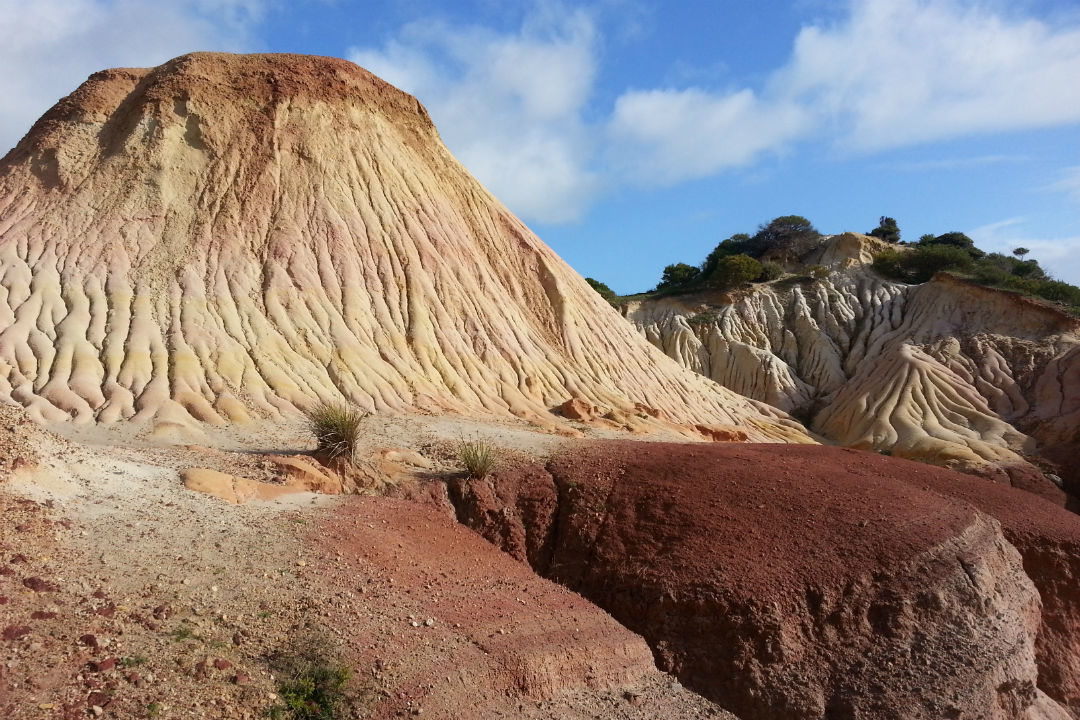 What animals can you find in the park?

You’re sure to see plenty of birdlife, including hovering nankeen kestrals and singing honeyeaters. If you’re lucky you might even spot a family of quail running through the dune scrub.

There’s also lots of reptiles including skinks, blue tongues and snakes – remember, it is a conservation park!

If you’re visiting in the warmer months be ‘snake smart’ by sticking to trails, making a bit of noise as you walk, and wearing long pants and closed shoes.

Down in the rock pools you might find crabs, urchins and sea stars. Check out the interpretive signs throughout the park for more information on what you might find. 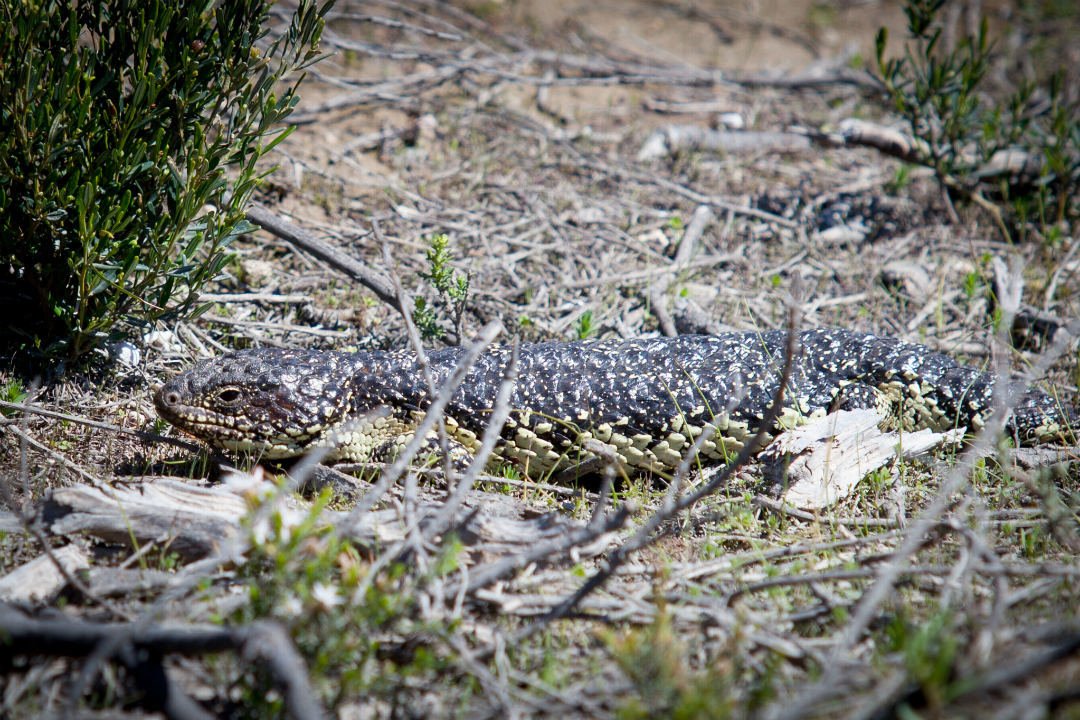 Where’s the best view in the park?

There are two views that I love and it’s too hard to split them! The Black Cliff Lookout and the Amphitheatre Rim offer the most amazing views of the coastline and geological formations.

My tip is to time visiting the lookouts with sunset or sunrise as the light really brings out the colours of the sediments. 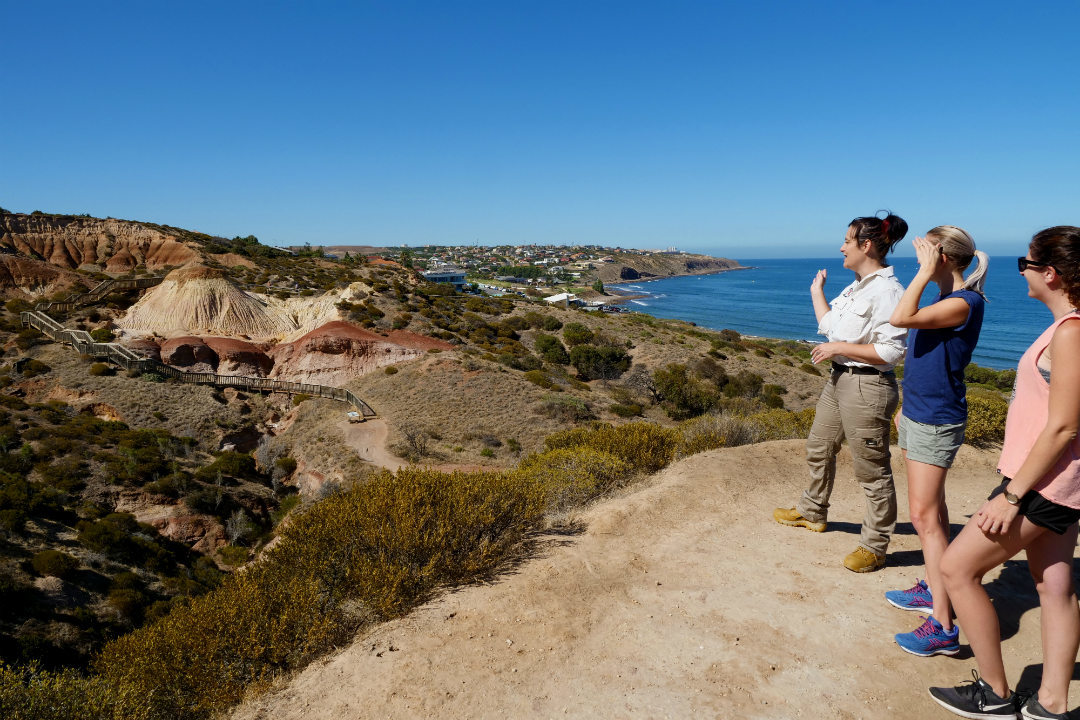 Throughout September, Hallett Cove Conservation Park is being celebrated within the Glenthorne Precinct as Park of the Month.

Join a guided geology walk, or explore this spectacular park in your own time. Check the website for all the details.

Wondering which other national parks to visit in SA? Get inspired with our list ofparks with brilliant viewsorbreath-taking natural wonders.

This story was originally posted in February 2019.