Where to see… - National Parks and Wildlife Service South Australia

Where to see Port Jackson sharks in South Australian waters

While SA’s home to many shark species, the cutest has to be the Port Jack­son. Here’s what they’re like.

Port Jack­son sharks are Aus­tralian, stripy, grow up to 1.65 metres long, and are named after Port Jack­son Har­bour in Syd­ney where they have key rest­ing sites.

The species is harm­less to humans and can be found in waters around south­ern Aus­tralia, and are reg­u­lar­ly spot­ted along Adelaide’s met­ro­pol­i­tan beaches.

Here are three cute facts about Port Jack­son sharks to keep in mind when you see one:

1. Their teeth are small and flat

They don’t have your typ­i­cal shark-like ​‘jaws’, but rather small and point­ed front teeth and flat and blunt back teeth. This allows them to hold and crush their meals of sea urchins, mol­luscs and crustaceans. 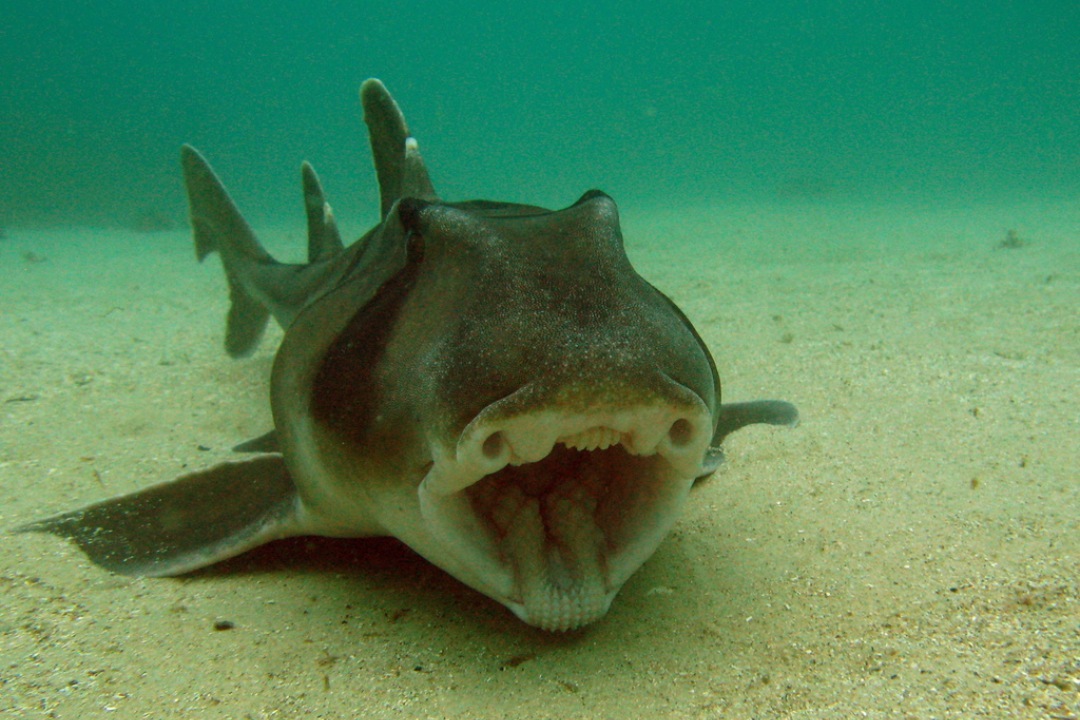 2. They tuck eggs between rocks

The female lays about a dozen dark brown and spi­ral-shaped soft-cased eggs, then uses her mouth to wedge them in rock crevices to allow the baby shark to safe­ly devel­op for about 12 months.

Once the shark pup hatch­es, it hangs out in the shal­low waters until it’s big enough to swim deeper.

3. They hide in rocky reefs

Port Jack­son sharks spend their days hid­ing in the nooks and cran­nies of rocky reefs.

They keep to them­selves, and are not usu­al­ly active dur­ing the day, but feed at night. 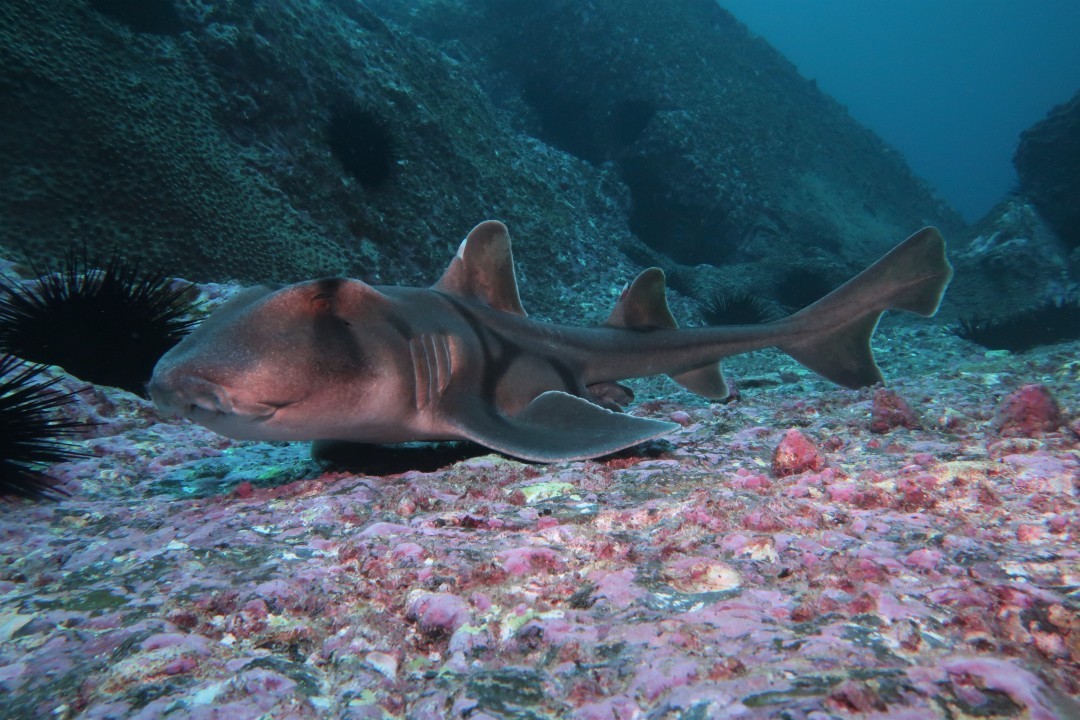 Come along on a guid­ed snorkel at Port Noar­lun­ga Reef Sanc­tu­ary Zone from 9 – 17 Novem­ber to wit­ness Nakud­la in their native environment.