6 places to visit in and around Mount Lofty Summit

Explore Mt Lofty Sum­mit and its stun­ning sur­rounds on a free self-guid­ed smart­phone tour. Here’s where it goes.

Just 15 kilo­me­tres up Adelaide’s South East­ern Free­way is the majes­tic peak of Mount Lofty Sum­mit. With its spec­tac­u­lar views across Adelaide’s city sky­line, it’s easy to see why it attracts more than 350,000 vis­i­tors a year.

But how much of the sum­mit and its sur­rounds have you explored?

Whether you reg­u­lar­ly hit the trail up Mount Lofty for your week­end work­out, or you’ve nev­er set foot in that neck of the woods, there’s sure to be a patch of this spe­cial area that you haven’t seen before.

With the new Mount Lofty Precinct smart­phone app (for Apple and Android devices) you get a self-guid­ed tour as you explore. Not only will it take you to the main attrac­tions of the area, but it will teach you about its his­to­ry, plants and wildlife as you go.

Here are six of the spots it will take you to:

This gar­den is 97 hectares of spec­tac­u­lar colour, espe­cial­ly in autumn, and is home to the world’s most beau­ti­ful cool-cli­mate plants. The smart­phone app tour takes you through places like Fern Gul­ly, which is one of Australia’s rich­est fern col­lec­tions, Spring Gul­ly, where you can check out the old well and oth­er rem­nant struc­tures, and the Nature Trail, which winds through 7 ha of nat­ur­al bushland. 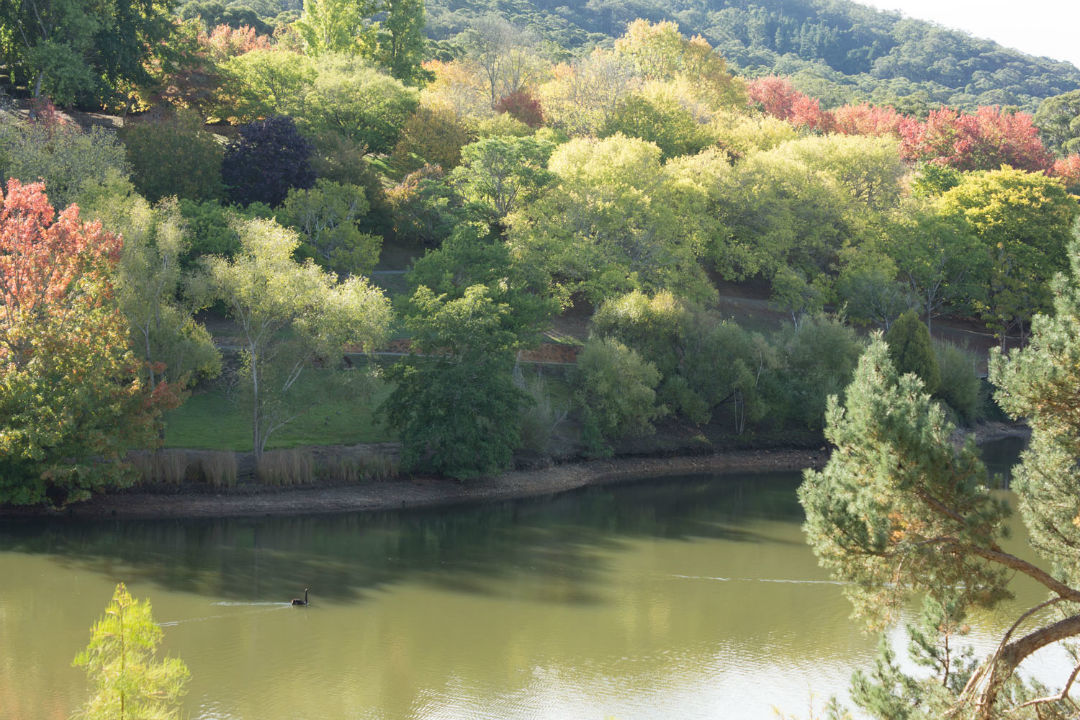 What this dis­cov­ery trail lacks in dis­tance – it’s just 350 metres long – it makes up for in inter­est­ing insights and stun­ning views.

As you stroll along, the app explains how wildlife had to build homes in remain­ing trees and fall­en logs after the Ash Wednes­day bush­fires of 1983, and how fire crews use the 34-metre-high Mount Lofty Fire Tow­er to keep a look-out for fires on days of ​‘very high’ or ​‘extreme’ fire danger.

Make sure you take a moment along the trail to enjoy the sweep­ing views over Ade­laide. On a clear day you might even see the out­line of Kan­ga­roo Island on the horizon. 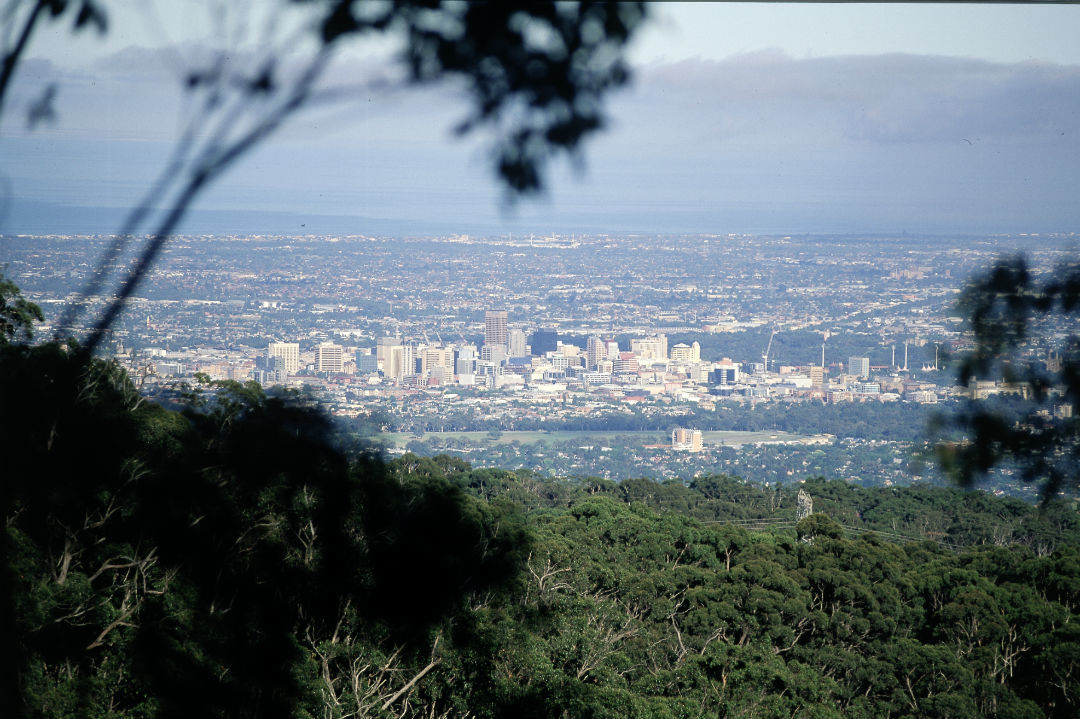 This easy walk­ing trail gives you a good taste of South Australia’s nation­al parks. Along the way the app tells you about the stringy­bark trees that were cut down by ille­gal log­gers in the ear­ly days of Euro­pean set­tle­ment, and teach­es you about the shy bandi­coots and diverse plants that thrive in the swampy ter­rain near the creek bed.

Keep your ears and eyes peeled for the wildlife that lives in the area, espe­cial­ly the wild west­ern grey kan­ga­roos, yel­low-tailed black cock­a­toos, superb fairy wrens, and mul­ti-coloured rain­bow lorikeets. 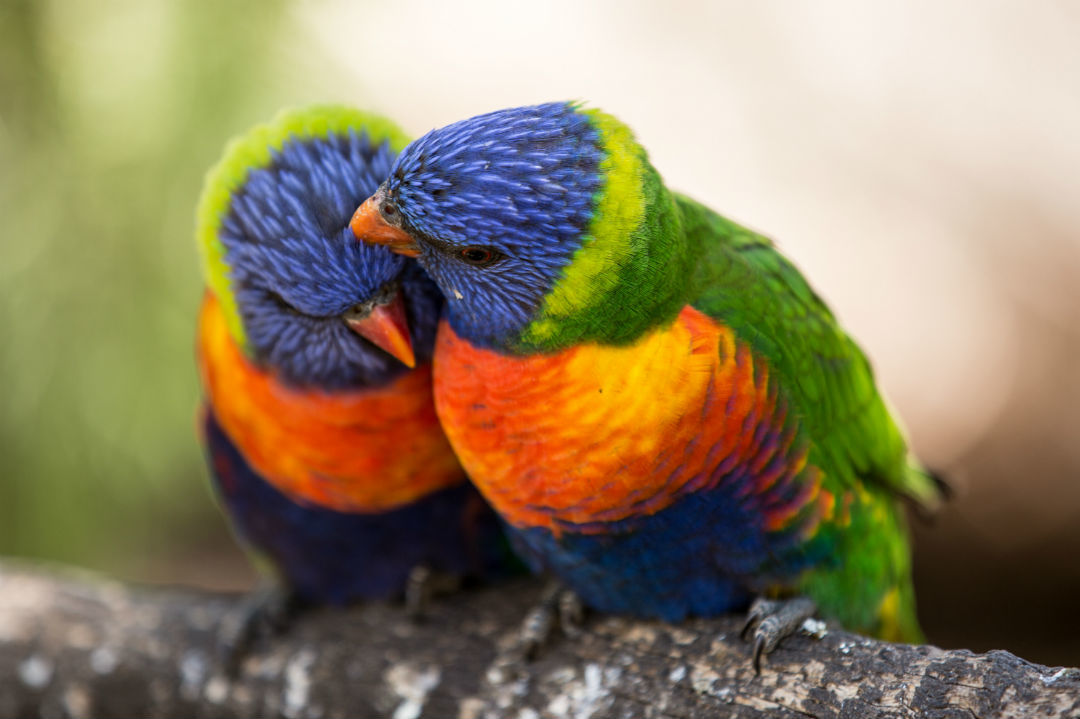 Bring a bot­tle of water and gear your­self up for this more stren­u­ous walk. Along the way, the app will tell you about crit­ters like the sleepy koalas in the tree tops, the chat­ter­ing grey fan­tail birds, the laugh­ing kook­abur­ras, and the small group of south­ern brown bandi­coots in Wilson’s Bog.

When you get to Sec­ond Falls you’ll learn that this spot is a favourite place for the sul­phur-crest­ed cock­a­too. Trust us, you’ll hear them long before you see them fly­ing above. And you’ll also learn the his­to­ry behind Chi­na­mans Hut.

Note: this trail will be under repair until Sep­tem­ber 2018 as work is done to fix the dam­age from the 2016 storms. There are detours in place on week­days, but it’s busi­ness as usu­al on weekends. 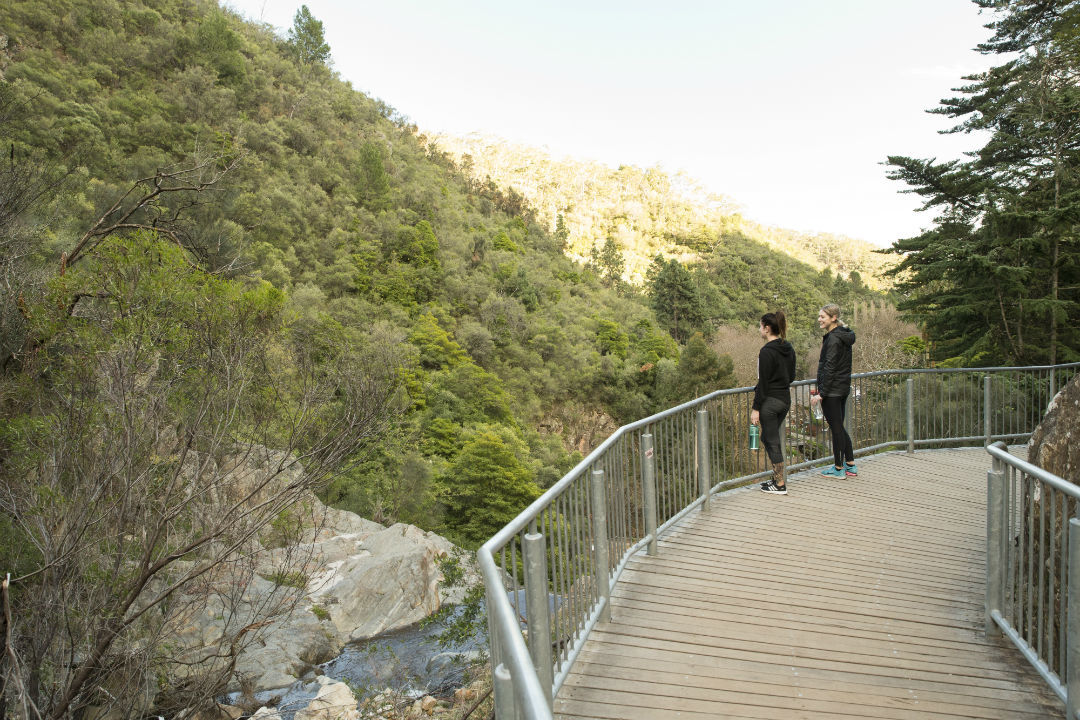 Want to get up close and per­son­al with some of Australia’s most icon­ic species? Cle­land Wildlife Park isn’t just a tourist attrac­tion, it’s a per­fect spot for SA locals to vis­it too.

We know it’ll be hard, but while you’re ador­ing the cute and cud­dly crea­tures or star­ing with intrigue at the rep­tiles, take a sec­ond to check your phone for an app alert bring­ing you inter­est­ing facts about these mag­nif­i­cent species. For instance, did you know that after female emus lay their eggs they wan­der off to find a new mate, while the male sits on the eggs until they hatch eight weeks later? 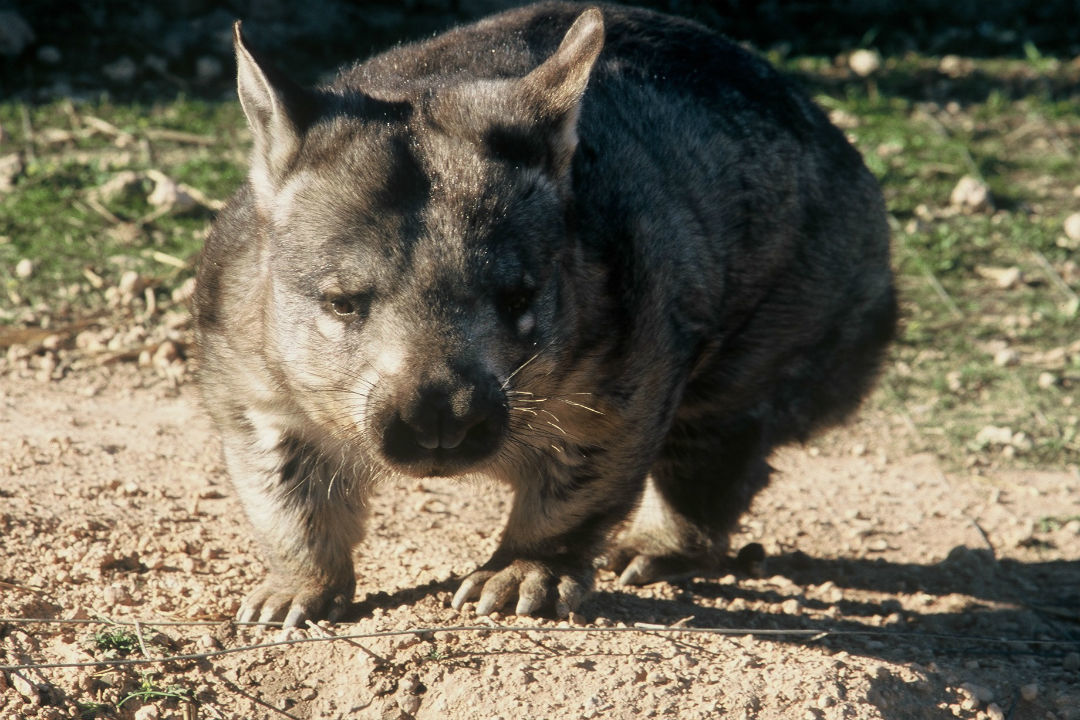 Last but not least, the app will guide you around Mount Lofty Sum­mit itself. The moun­tain is Adelaide’s high­est peak, at 710 metres above sea lev­el. The sum­mit is the place to be if you’re after breath­tak­ing panoram­ic views over Adelaide.

The sum­mit com­plex fea­tures a Vis­i­tor Infor­ma­tion Out­let, a gift shop and the Sum­mit Restau­rant and Café – the per­fect spot to stop and rest your legs after a day of exploring. 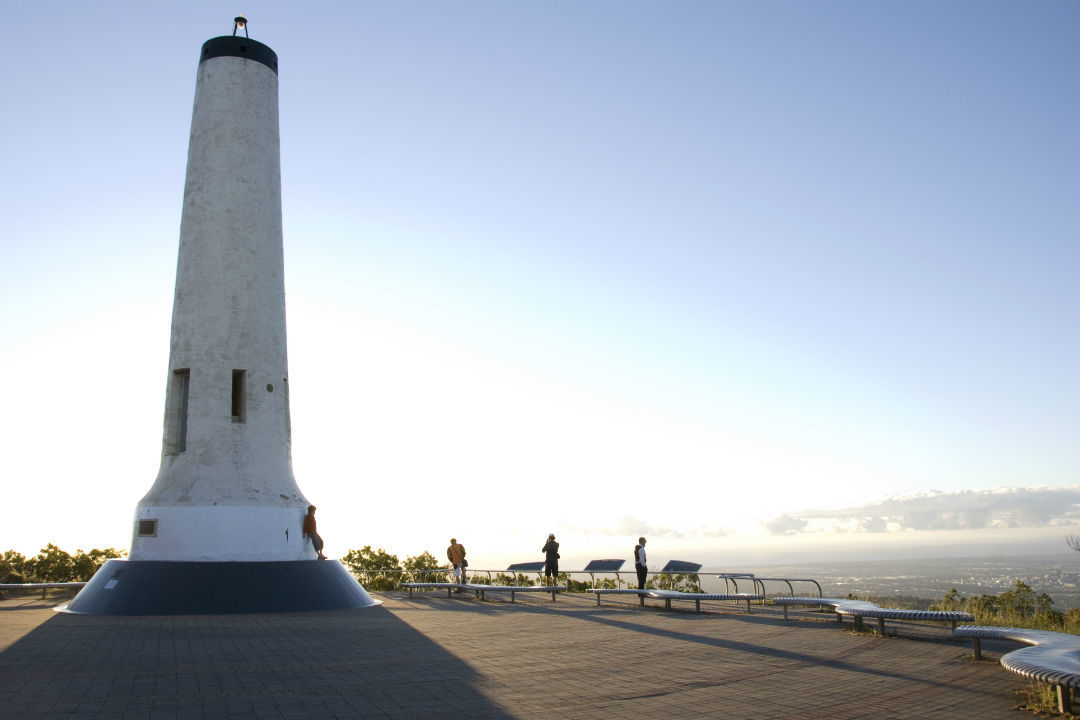 About the Mount Lofty Precinct app

The Mount Lofty Precinct app is avail­able for free down­load from the App Store (iOS) and Google Play (Android).

Once installed, it will prompt you to allow push noti­fi­ca­tions and GPS func­tions and to switch on loca­tion ser­vices. Fol­low these instruc­tions to set up your phone to max­imise your time in the precinct.

If you like the idea of tak­ing a self-guid­ed tour using your smart­phone, some of South Australia’s oth­er out­door attrac­tions have sim­i­lar apps, including:

So why not install them before you embark on your next adventure?

Editor’s note: It’s not often that we encour­age you to get out in nature and stay glued to your mobile phone, but if it helps you get a bet­ter under­stand­ing of the nat­ur­al world around you – like these apps will – then we’re all for it.

For more ways to enjoy the amaz­ing parks and out­door spaces that SA has to offer, check out our library ofthings to see and do.

5 things to do in nature to improve your wellbeing

How to spend a day in Coffin Bay National Park