Picnic in the park at Morialta

To mark the occasion, a special community picnic is being held at Morialta this Sunday, 8 November. Guided walks and face-painting will keep the family entertained and a selection of historical images will be auctioned on the day.

The images showcase the history of this much loved South Australian park and celebrate the important role it continues to play in the community.

Most kids growing up in Adelaide would be familiar with Morialta Conservation Park. The family would be packed into the mustard coloured Kingswood or 180B with a picnic lunch and advised to wear ‘sensible shoes’.

Before you knew it, you had left the suburbs and were in the middle of a deep gorge surrounded by insect noises and having flashbacks to when your parents forced you to watch Picnic at Hanging Rock. Only this was more fun. And with lunch not far away, there was more of a plot line too.

For those of us who remember that far back, it may seem like a hundred years ago. Which is a nice coincidence, considering we are now celebrating the centenary. 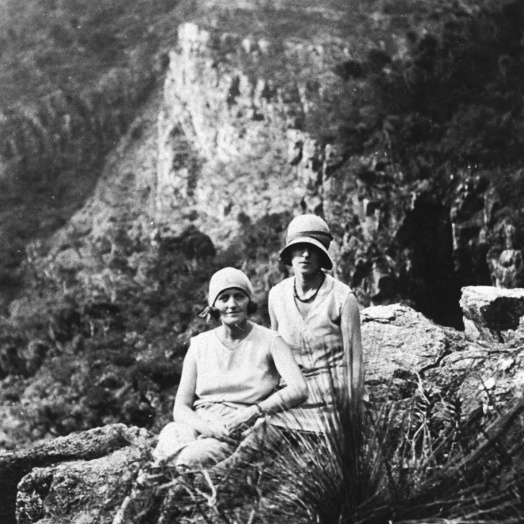 The three waterfalls along Morialta Gorge are named First, Second and Third Falls respectively. The creek along the base of the gorge is… wait for it… Fourth Creek. Despite their utilitarian names, the Morialta Falls create a beautiful backdrop and soundtrack for a day out with family and friends.

Over the years flooding and bushfires damaged much of the original work on the park. Flooding in 1980 and again in 2005 caused damage to paths and walkways. But the park has always recovered and is alive with bushwalkers, rock-climbers, sightseers and picnic parties just as it’s been for as long as we can remember.

What are your favourite memories of Morialta Conservation Park? Tell us in the comments below.

While in Adelaide for the 1920 Peace Exhibition, Henry Mobsby was with a group of people who visited The Morialta Conservation Park near Adelaide. Henry Mobsby was the Department of Agriculture official artist and photographer. He made the first ‘cinematograph films’ of agricultural practices in Australia and was a pioneer in editing films. Source: National Library Australia with permission.