Before enjoying your next beach walk, smarten up your seaside knowledge with these five commonly mistaken finds.

There are lots of interesting creatures and plants that wash ashore on South Australia’s beaches. But some are regularly misidentified – with the misinformation often flowing down from generation to generation.

So here are the facts – to set the record straight – about the five commonly mistaken finds along SA’s coastline. Jelly sacks are not jellyfish. Instead they are an egg mass laid by moon snails. The eggs are encased in the clear, moon-shaped, jelly-like substance. So when you are squishing them between your toes remember you are actually squishing tiny moon snails. This little guy is often mistaken for a plant, but is actually an animal.

They have a skeleton made up of a fibrous material called Spongin. Sponges pump water through pores to extract food and expel waste water through larger holes called Oscules. Seagrass wrack regularly washes along our shores. It is often mistaken for algae which is known as seaweed, but is actually a plant with roots and leaves.

Read up on seagrass wrack versus seaweed.

Another specimen that washes up along our beaches and is mistaken for seaweed is the sea tulip. Sea tulips are actually from the animal kingdom. They are filter feeders, meaning they pump water in and out of their siphons (tube-like structures) and extract the plankton. 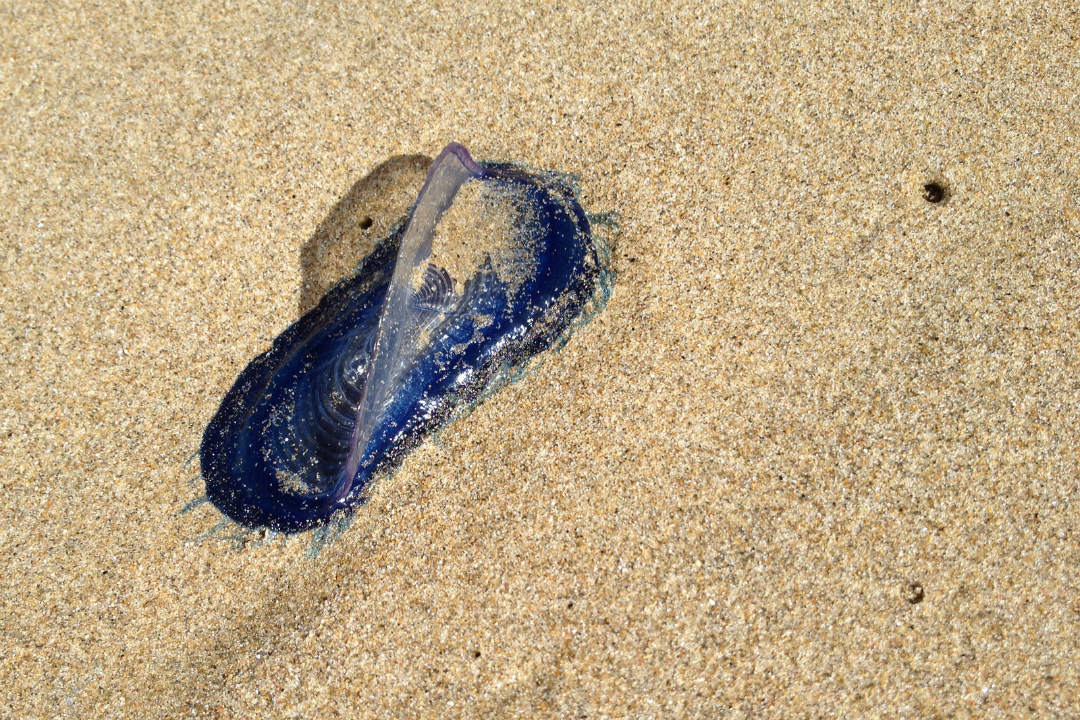 Velellas are often mistaken for the venomous stinger jellyfish known as the bluebottle. Luckily bluebottles are not generally found in SA. Although they’re not venomous, it’s best not to touch them.

Each velella has a disc-like float with a transparent sail which the animal uses to drift around the ocean surface. Sometimes you will find large numbers of them washed ashore.

Top tip: Remember to leave plants and animals where you find them. In many areas such as rocky coastlines and marine park sanctuary zones, it is illegal to take specimens.

Check out theBeach Explorer’s Guide to Plants and Animals in South Australiato learn more about the things you can find along our beaches.

This story was originally posted in May 2017.