10 things to look for when beachcombing in South Australia

Beach­comb­ing is a great way to get to know your local beach. Check out our guide to see what you could find.

Look­ing at what the sea has washed ashore is a fun and edu­ca­tion­al activ­i­ty for adults and chil­dren alike.

There are lots of inter­est­ing things to look out for no mat­ter where your local beach is. Shells, shark egg cas­es, bones, sea­weed, corals and oth­er sea life can all be found along South Australia’s beach­es, along with inter­est­ing rocks, pieces of smooth sea glass and driftwood.

But remem­ber – while you can look and take pho­tos of ani­mals and plants, it is ille­gal to remove any ani­mals or plants from rocky reefs in SA (from high tide down to 2 m).

It’s fine to take home a few of the emp­ty shells that you find washed up on the beach – but just make sure they are real­ly empty.

Here are 10 things to look for on your next beach­comb­ing adventure:

These brown, spi­ral-shaped egg cas­es are quite dis­tinc­tive. Female Port Jack­son sharks wedge them into gaps between rocks, where they hard­en and can stay for up to a year before the baby shark hatch­es. Some­times they are dis­lodged by storms and end up on the beach. They range in size from 5 to 15 cm long. 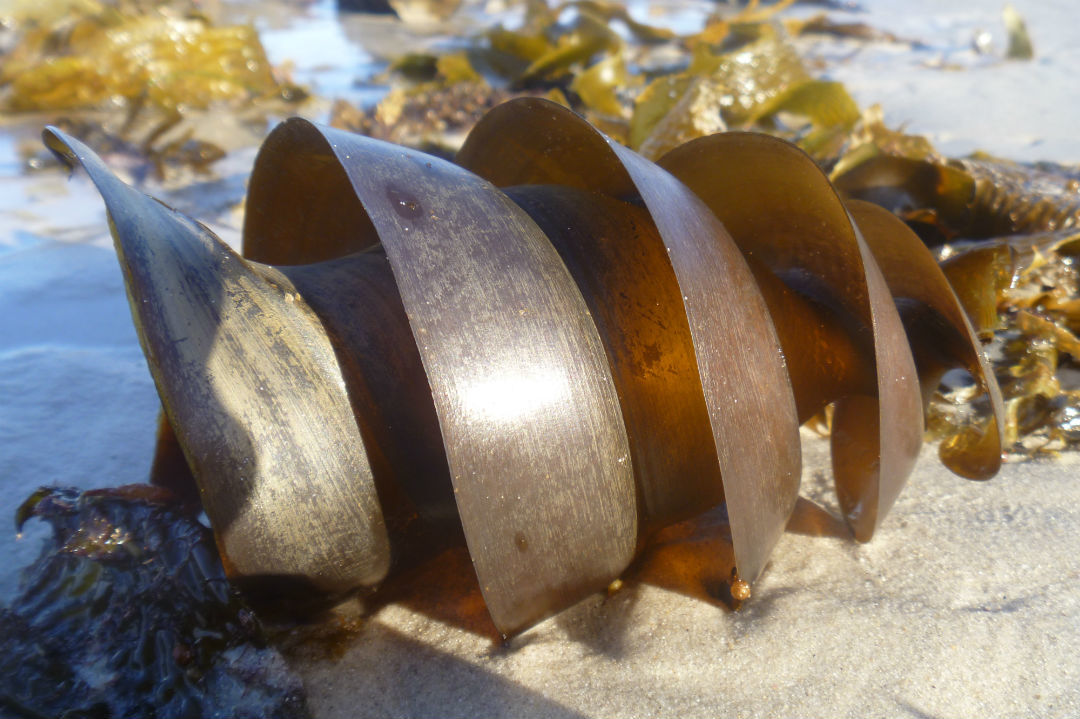 Com­mon­ly known as ​‘sausage blub­bers’ or ​‘jel­ly blub­bers’, these clear, c‑shaped jel­lies are actu­al­ly mass­es of moon snail eggs. The adult moon snail is a small brown and fawn snail that hunts in inter­tidal areas for lit­tle bivalve creatures. 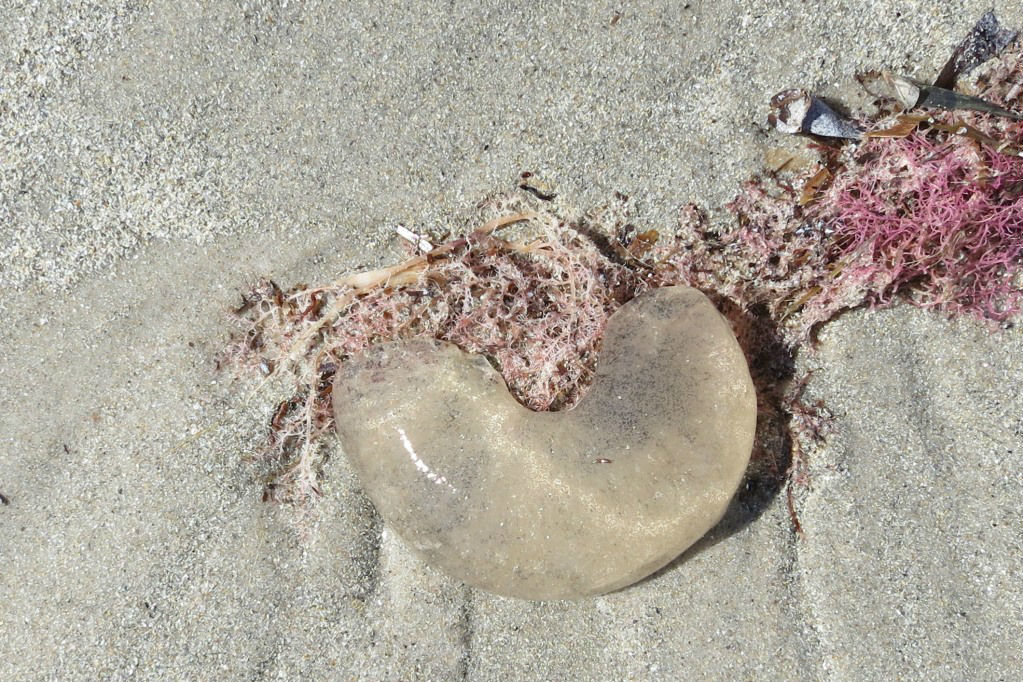 Abalone have one flat­tish shell with a row of holes along one side to help them breathe. Rough on the out­side, they’re pearly and beau­ti­ful inside, and when they’re alive they clamp onto rocks using a mus­cu­lar foot. 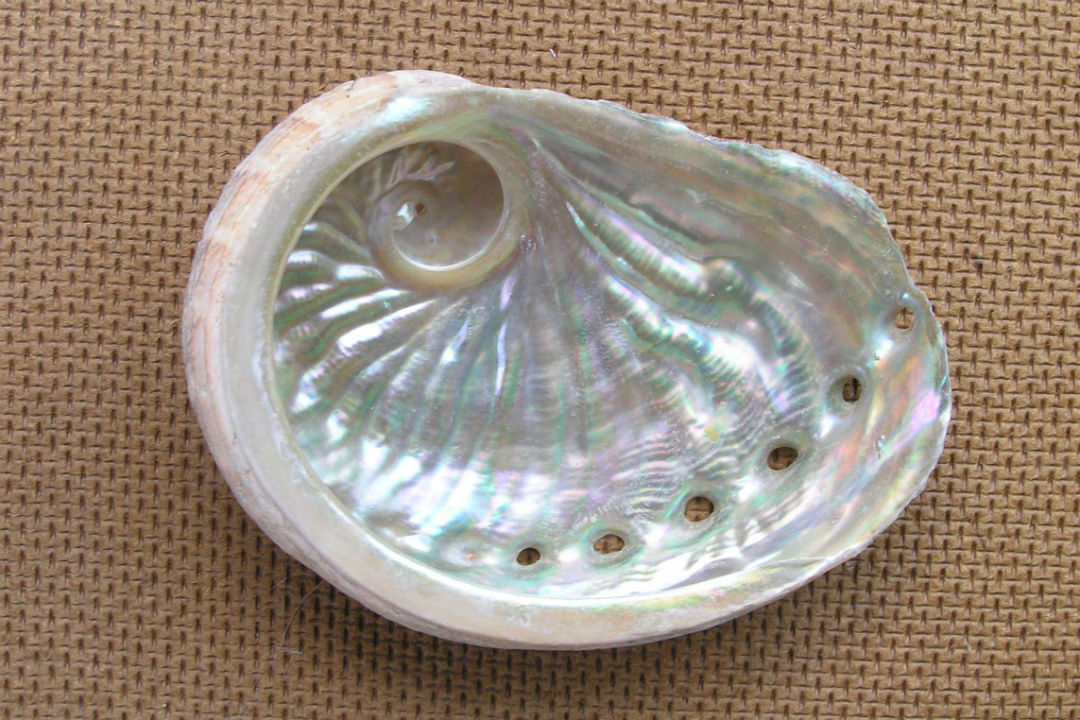 Razor­fish are a bivalve, mean­ing they have two shells instead of one. They can live for 15 years and grow up to half a metre long. They live in groups in sandy or mud­dy sed­i­ments, and true to their name, the edges of their shells can be very sharp if you step on them. 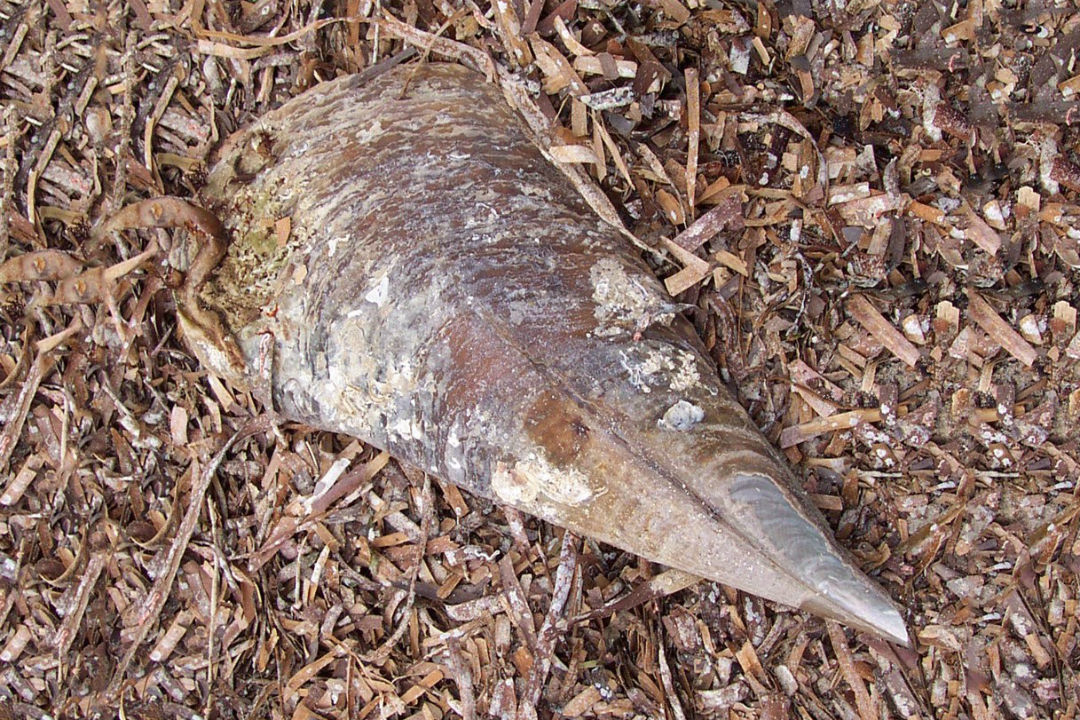 Anemone cones are cone shells, mea­sur­ing up to about 5 cm long, that are found all around the SA coast. They are preda­to­ry mol­luscs that use a minia­ture poi­son dart to paral­yse and catch worms on the seafloor. The live snail could give a per­son a painful sting, but the emp­ty shell is not dangerous. 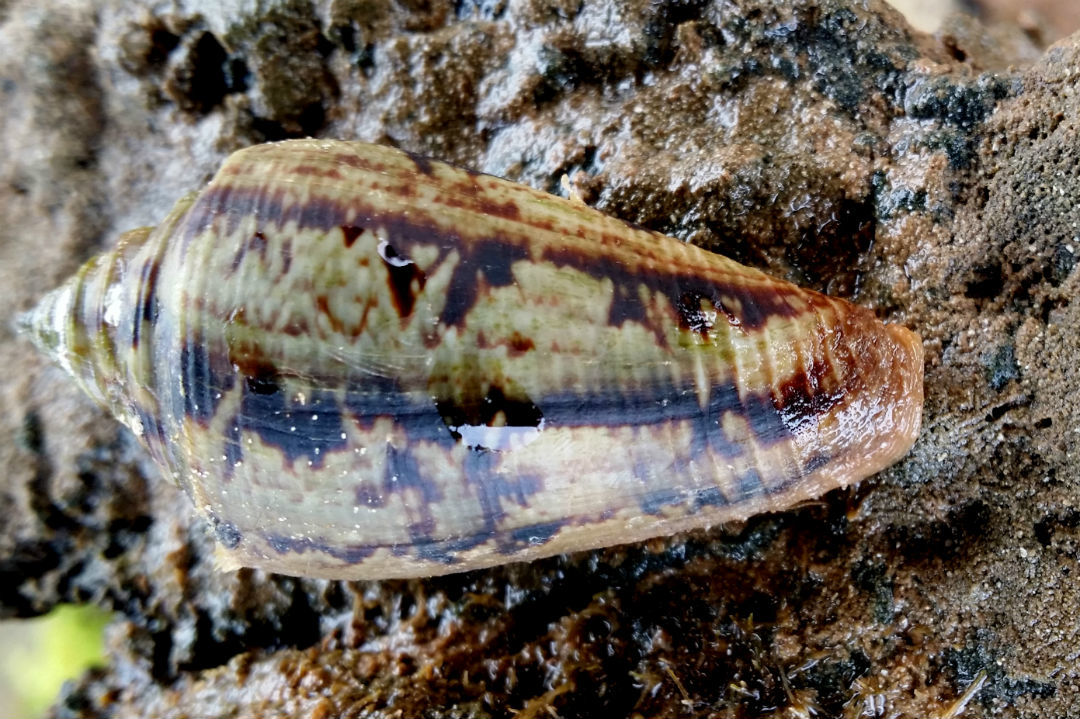 Any­one who has had a pet budgie is prob­a­bly famil­iar with cut­tle­fish bones, as they are tra­di­tion­al­ly giv­en to caged birds to sharp­en their beaks. Cut­tle­fish come from the same order as octo­pus and squid. They are soft-bod­ied crea­tures with 8 arms and 2 long ten­ta­cles to catch food, and the white ​‘bone’ is actu­al­ly an inter­nal shell that helps them float.

When Tape­weed, a type of sea­grass, breaks down in the sea the fibres can roll togeth­er in the waves to form balls. They’re like cat fur-balls of the sea! In some areas they can be as big as soc­cer balls. 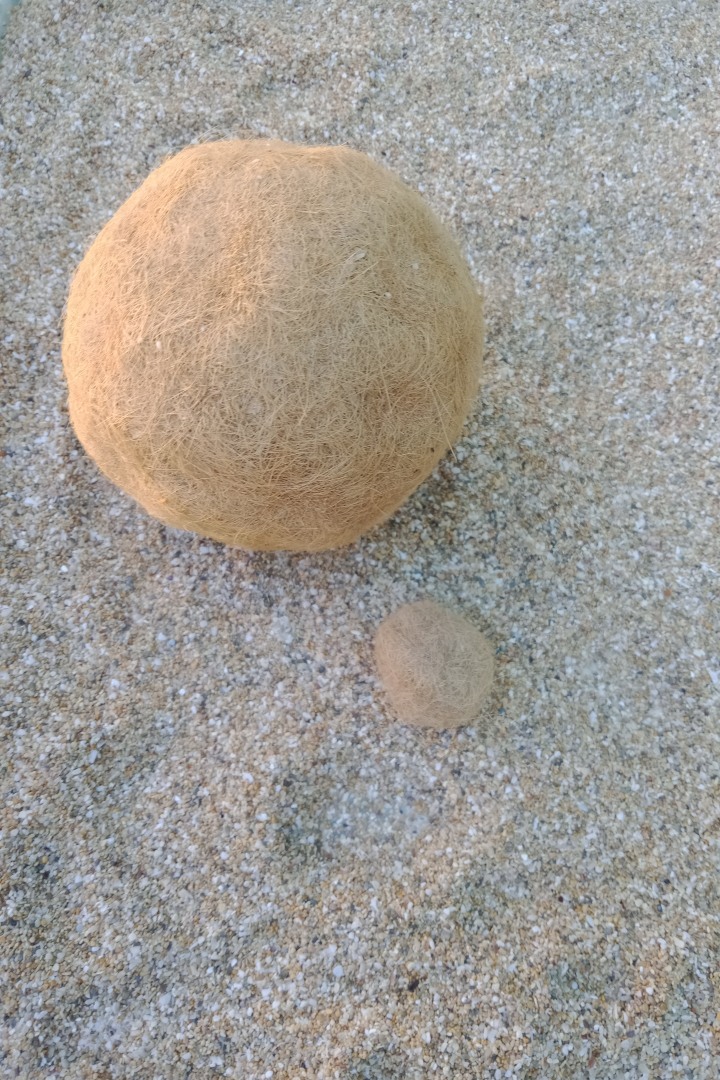 Sponges may look like plants, but they are actu­al­ly sim­ple ani­mals with a skele­ton made from a fibrous mate­r­i­al called spon­gin. They come in many shapes and sizes, and extract food by pump­ing sea water through their pores. 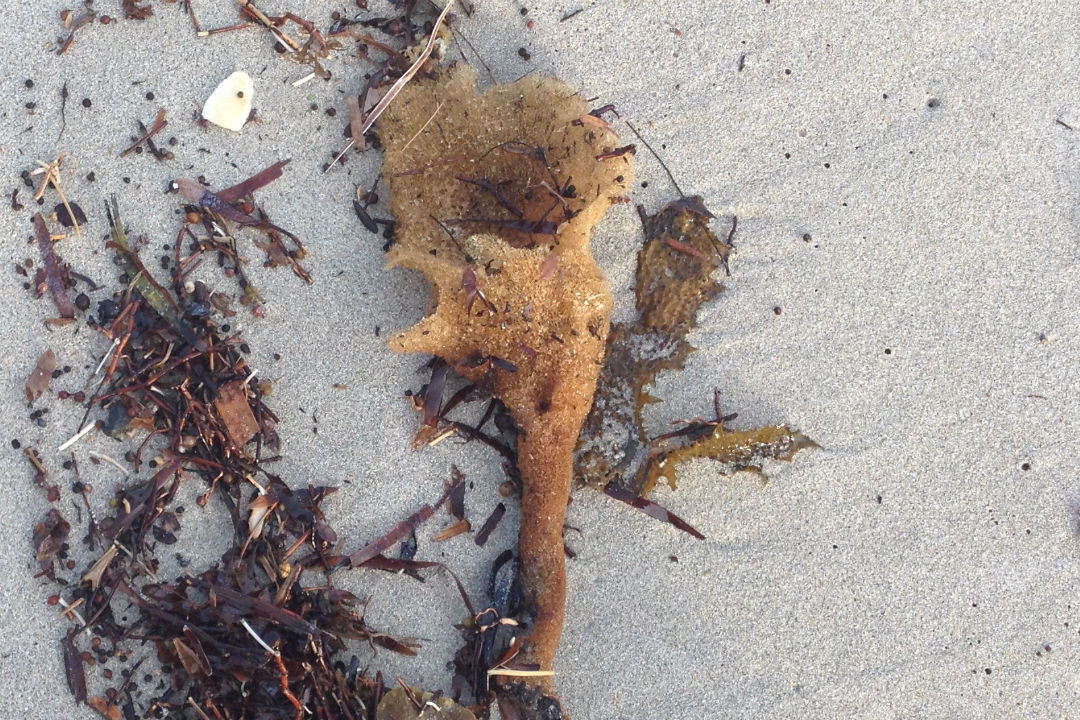 Sea urchins are spiky lit­tle crea­tures with sharp teeth for eat­ing algae, and tiny feet to move around. They are usu­al­ly found on reefs or sea­grass, but if they are washed ashore, their spines are usu­al­ly bro­ken off along the way. The round­ed shell that is left behind is known as a ​‘test’. 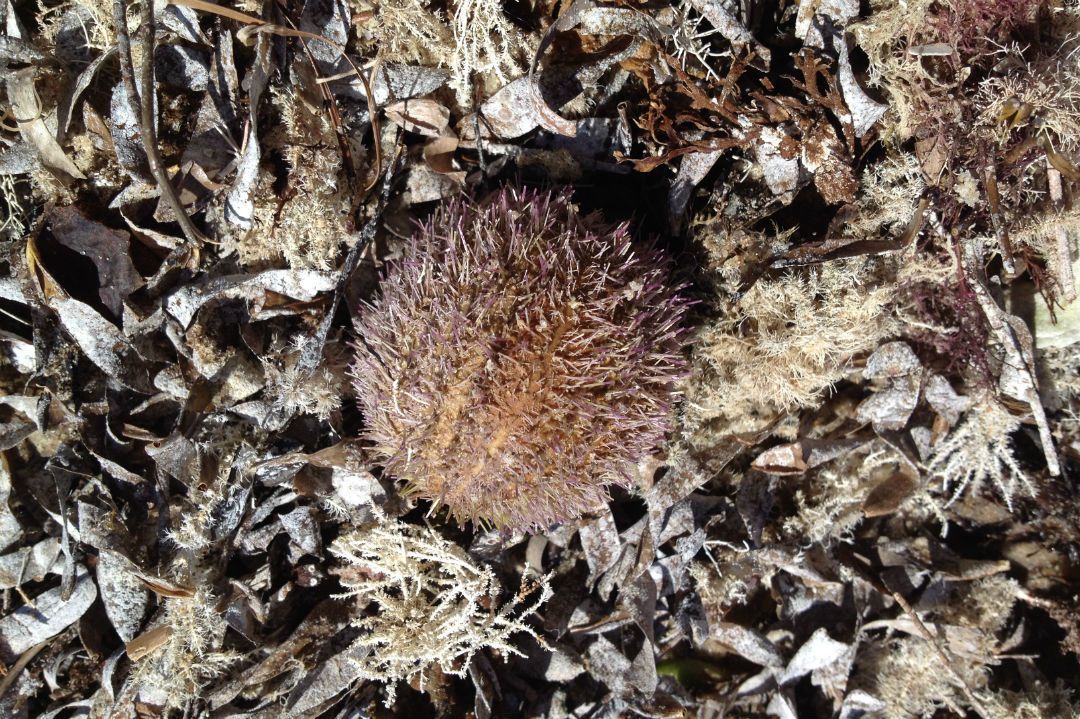 Also known as sand crabs, surf crabs are a grey­ish colour and grow to about 10 cm across, with 2 red dots on their shells that look like eyes. As they grow, they dis­card their old shells and grow new ones, so emp­ty shells often wash up on the beach. 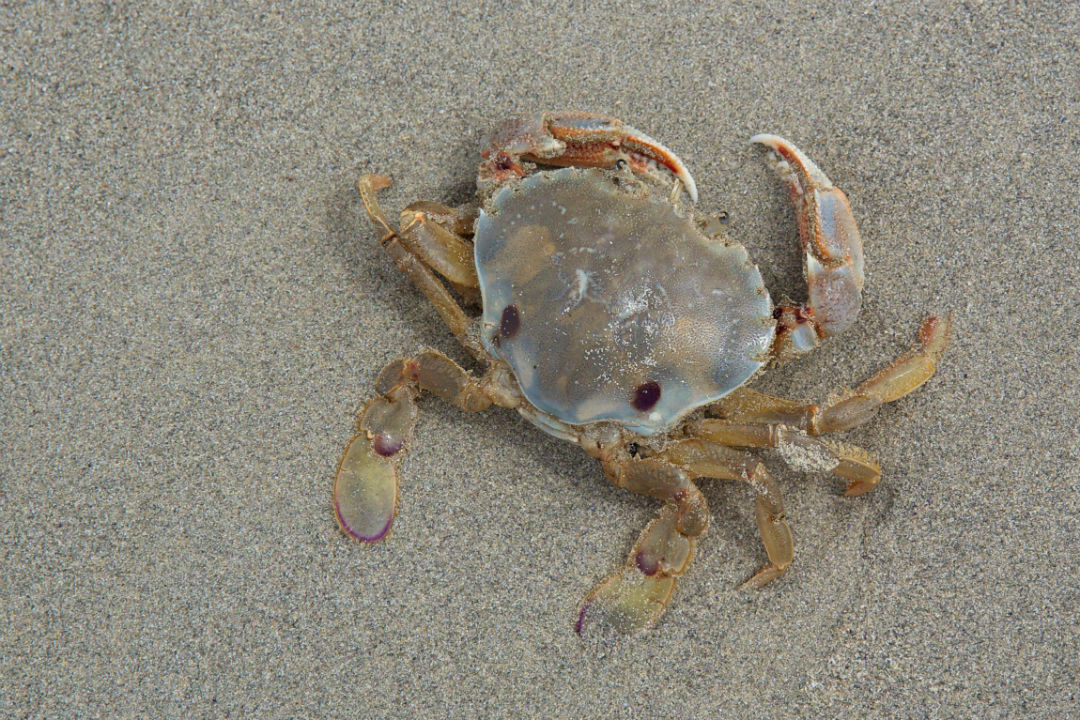 Check out the Beach Explorer’s Guide to Plants and Ani­mals in South Aus­tralia to learn more about these and oth­er inter­est­ing things you can find along our beaches.

Found any­thing inter­est­ing in your trav­els? Be sure to share your expe­ri­ence with us in the com­ments sec­tion below.

This sto­ry was orig­i­nal­ly post­ed in Sep­tem­ber 2016 and has been updat­ed with extra information.